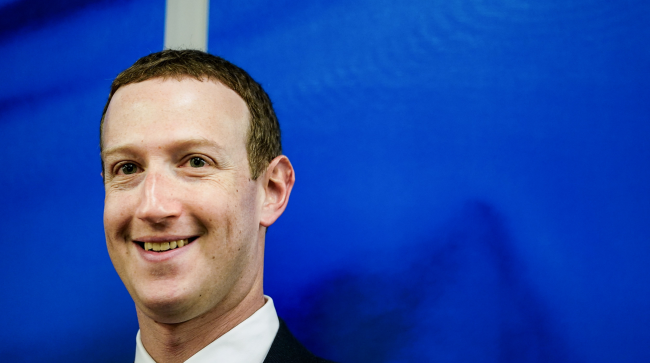 Remember last summer when Facebook CEO Mark Zuckerberg terrified the internet by inexplicably putting a whole tube of sunscreen on his face while on vacation?

How could you not? It was haunting.

Mark Zuckerberg surfboards in Hawaii with way too much sunscreen https://t.co/TYcdDmBbZG pic.twitter.com/INyGVPvNY6

It turns out that there is a very logical explanation for Zuckerberg making himself look like a clown while riding an electric surfboard in Hawaii.

During an Instagram Live discussion on Tuesday, Zuckerberg finally addressed what the hell was the deal with all that sunscreen.

legend has it that every summer, Mark Zuckerberg (aka the Mime Surfer) attempts to catch a wave and until he does, his restless spirit will wander the earth for all eternity pic.twitter.com/7JBpLAzcds

“I really should have thought that one through more,” said Zuckerberg. “I noticed there was this paparazzi guy following us and, so I was like, ‘Oh I don’t want him to recognize me so you know what I’m gonna do? I’m just gonna put a ton of sunscreen on my face.’ And that backfired.”

Was trying to think of who Mark Zuckerberg surfing reminded me of & then it came to me pic.twitter.com/ybue3Prbkr

“No one needs to be wearing that much sunscreen,” he said with a laugh while adding that there is a “delta” between how cool you think you look doing extreme sports and how silly you actually look when someone takes a photo of you, reports CNET.

Wait… is riding an electric surfboard considered an extreme sport?

No one has ever seen Mark Zuckerberg and the ghost from Spirited Away in the same room, just saying pic.twitter.com/RZ54gjcHJz

That’s because it is pretty funny.

Are we sure Mark Zuckerberg isn't just shedding 🦎 it is summer time 🤔🤔??? pic.twitter.com/wfrrRsBQMS

Actually, I stand corrected. This technically isn’t the first time Zuck addressed his sunscreen overload. He also talked about it last July, just not publicly.

In leaked audio obtained by The Verge from a company wide Q&A, Zuckerberg said, “I’m not a person who’s under the illusion that I look particularly cool at any point with what I’m doing. But when you’re efoiling down the coast of Kauai, and it’s beautiful, and it feels like it’s awesome … you come back online and you see that’s the photo, that’s what you look like … it’s like, oof, okay. Alright. That’s maybe quite a bit more sunscreen than I thought I was wearing.”

Zuckerberg then added, “But look, gotta stay safe. I’m not going to apologize for wearing too much sunscreen. I think sunscreen is good and I stand behind that.”

Why is it that Mark Zuckerberg is incapable of doing anything without looking like a replicant? pic.twitter.com/aWWlI1Rx1S

So… whose camouflage skills are better? Zuckerbot? Drax?