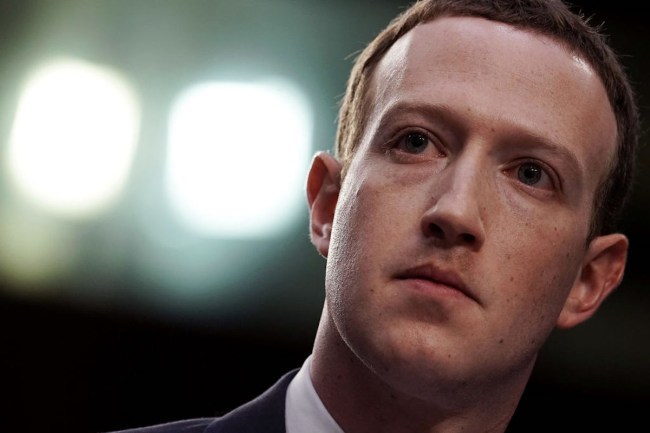 Earlier this week, Forbes released its annual list of the richest people in the world and we learned that Mark Zuckerberg saw his net worth drop by $9 billion last year, which means he now only has a paltry net worth of around $62 billion.

The Zuck took the hit he did thanks in no small part to the multiple scandals that have rocked Facebook in the past year or so, including some major concerns over privacy and a number of security issues.

The company’s stock peaked at around $217 a share toward the end of July of last year but is currently trading at $168 thanks to the problems it’s been facing—but that’s not the only thing the founder of The Facebook has to worry about.

On Thursday, Business Insider published an article that provided a look at the security measures Facebook has gone to in order to keep Zuckerberg safe and revealed the company spends $10 million a year to protect its CEO from any enemies he may have made.

However, the most interesting take away is easily a rumor concerning an escape tunnel that was reportedly built inside Facebook headquarters in the event Zuckerberg needs to unexpectedly peace out because you can apparently never be too paranoid when you’re one of the richest people in the world:

[Zuckerberg] has access to a large glass-walled conference room in the middle of the space near his desk that features bullet-resistant windows and a panic button. There’s also a persistent rumor among Facebook employees that he has a secret “panic chute” his team can evacuate him down to get him out of the office in a hurry.

The truth of this matter remains murky: One source said they had been briefed about the existence of a top-secret exit route through the floor of the conference room into the parking garage, but others said they had no knowledge of it.

It might just be a rumor but El Chapo would be proud if it’s true.