New Study Suggests That Sperm Can Survive On Mars, Brings Us One Step Closer To Sex On The Red Planet 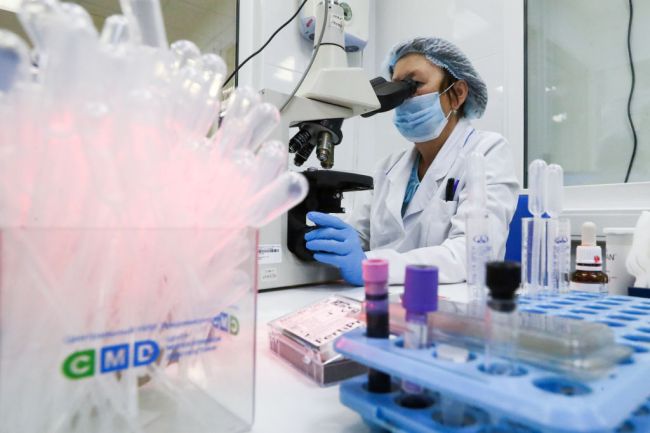 As earth continues to devolve and Mars exploration continues to evolve, humans are one step closer to living on the Red Planet. After decades of thinking otherwise, a recent study suggests that human reproduction will be possible if and when decide to build the space colony.

Experts had previously thought that the intergalactic radiation would corrupt human DNA and render breeding impossible. However, there is new hope for sex on Mars.

The study, conducted by a team of scientists at Yamanashi University in Japan, tested sperm from mice. The team collected liquid from 66 mice in 2012, decided the best ones to produce offspring and then freeze-dried the sperm.

Three sets of vials were sent to the International Space Station in 2013. Three were kept in nearly the same conditions on the ground in Japan. The goal was to expose the sperm on the ISS to space’s vicious radiation and see how it compared to that on earth.

The first set of vials traveled back to Japan in 2014 and confirmed that the experiment had been working. The second box returned in 2016. The third was sent back in June of 2019, five years and 10 months after its arrival. It was the longest space experiment in biological research history.

Upon their return, the scientists examined the damage to the sperm from the long-term exposure radiation. Perhaps more importantly, they determined whether any accumulated mutations could affect the next generation. It took nearly two years to complete the research and write the findings.

The results were good. After nearly six years, Yamanashi’s team found that the mouse sperm that was stored on the space station was still healthy.

Upon their return to earth, the team rehydrated the cells and injected them into fresh ovary cells. Those were then implanted into female mice. As Professor Sayaka Wakayama put it, “many genetically normal offspring were obtained.”

“Eight healthy space pups were born from the sperm and did not show any differences compared to the ground control pups,” the researchers explained in the paper’s abstract.

The research conducted by Yamanashi is crucial to understanding the impact of cosmic radiation on mammals. However, it is important to note that it cannot be extended to space travel in general. The International Space Station is within the Earth’s magnetic field and shields it from a good chunk of radiation. Mars is not.

There is a long way to go, but this is the first biological research that allows us to imagine reproduction for a Mars-based space colony. It also comes in parallel to important geological and atmospheric research that is being conducted by NASA.

Either way, humans are one step closer to sex on Mars.