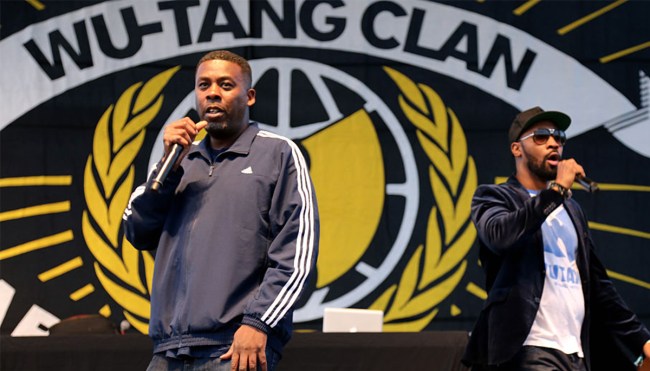 In 2017, it appeared the Martin Shkreli saga had finally come to an end when the infamous Pharma Bro was sentenced to seven years in federal prison in connection to the multiple charges of securities fraud that were levied against him.

However, there was one loose thread that continued to unravel in the wake of his sentencing: the fate of Once Upon a Time in Shaolin, the one-of-a-kind Wu-Tang Clan album he’d purchased in 2015 for around $2 million.

The fabled record eventually ended up in the hands of the government as one of the assets Shkreli had seized after he was also ordered to pay a $7.4 million fine during sentencing, and while plenty of people petitioned for the feds to release it for our listening pleasure, those cries fell on deaf ears.

However, things took a very interesting turn over the summer when the Department of Justice announced it had sold Once Upon a Time in Shaolin to an unidentified buyer for an undisclosed sum. At the time, a lawyer who facilitated the transaction and listened to the record to confirm its authenticity stressed it was unlikely the general public would get to do the same, but now, it looks like the world might finally get a chance to hear it.

According to Rolling Stone, the attorney was representing a collective of NFT evangelists known as PleasrDAO, which ultimately threw down a staggering $4 million to become the proud new owner of the Wu-Tang Clan album. A representative for the group said the purchase was motivated by the urge to serve as the antithesis of Shkreli and return the “power to the people,” although it’s currently unclear exactly how that will be manifested.

The contract the owner of Once Upon a Time in Shaolin must abide by prohibits them from releasing the album (whether commercially or for free) or playing the record at a concert or music festival. However, there’s nothing to prevent them from renting out some “really cool spaces across the world and do exhibitions with it where 200 people come at a time” (Yasiin Bey—who most people know better as Mos Def—took a similar approach with a project that could only be experienced at an installation at the Brooklyn Museum).

Only time will tell if that plan will come to fruition, but it’s certainly a promising start.