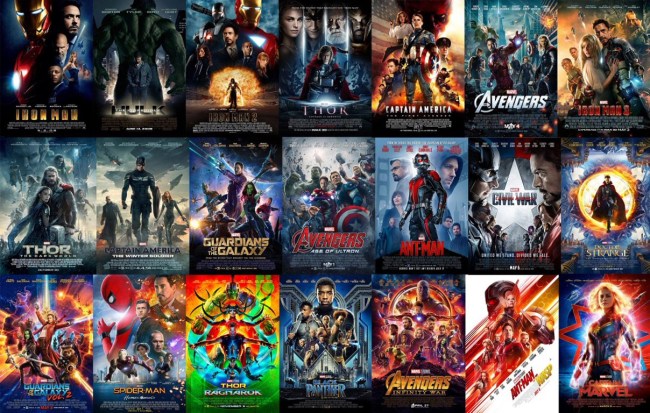 As we have seen repeated times over the years, diehard fans of the Marvel Cinematic Universe can, at times, go a little overboard with their love for the film franchise.

Not that it’s a bad thing. In fact, these diehard fans often end up providing the rest of us with some A+ material like an ENTIRE script for Saturday Night Live with Thanos as the host and a breakdown of how much screen time each character has had in all of the MCU films.

Without these fans how else would we know how tall every Marvel character is from shortest to tallest?

Something else we never would have known if it were not for these diehard Marvel fans is how to watch the entire Marvel Cinematic Universe in chronological order.

No, I am not talking about which movies to watch in which order like the Avengers: Endgame directors posted on their Instagram account in the leadup to their record-shattering film.

#ENDGAMECOUNTDOWN: T-22 days. Prepare yourself by watching one MCU movie a day in chronological order. Start your #MCUMarathon with Captain America: The First Avenger.

I am talking about watching the entire Marvel Cinematic Universe in chronological order by scenes in the films.

Yes, someone out there, Reddit user tantedassassin, actually did this. They even added timestamps for each scene. (Which may or may not be off depending on which streaming service/DVD/Blu-ray you watch.)

Of note: when compiling this timeline, tantedassassin admitted, “I didn’t watch Incredible Hulk, but from what I read the scenes should go here.” To which Reddit user mi-16evil aptly commented, “Lol even when someone is making an insanely detailed chronological recut of the MCU they skip The Incredible Hulk.”