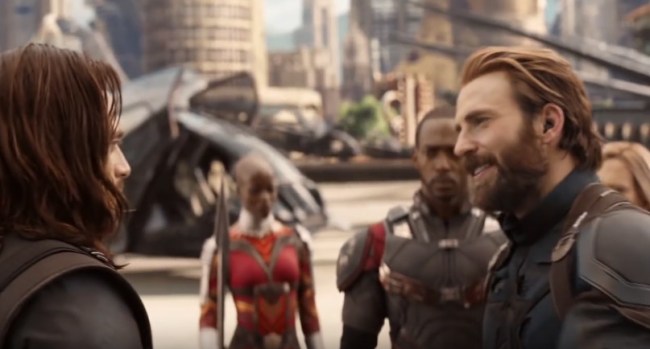 With Phase 3 of the Marvel Cinematic Universe almost complete, some theories about what’s going to happen in Phase 4 are beginning to bubble up and that’s because they are hot, hot hot!

Of course, adding fuel to the Marvel fan theory fire is the still-developing deal where all of the 20th Century Fox Marvel characters including the X-Men, the Fantastic Four and, aww yeah, Deadpool, could soon be able to become a part of the MCU.

So, if 20th Century Fox does end up being acquired by Disney, will we see our favorite Avengers begin to interact with characters like Professor X, Wolverine, Jean Grey, Gambit, Mr. Fantastic, Silver Surfer and more? Maybe.

How about if Marvel brings back some of the characters who had pre-MCU movies like Blade, Ghost Rider, Daredevil, Elektra, The Punisher, and, hey, why not, Howard the Duck?

We do know that there will be a second Spider-Man movie and a third Guardians of the Galaxy film. Doctor Strange and especially Black Panther are very likely to resurface with second solo movies. Plus, talk of a Black Widow movie is also gaining some serious steam (finally).

Of course, Marvel being Marvel we really have no idea what’s yet to come in Phase 4. That doesn’t mean we can’t have educated guesses though. Which is exactly what Screen Rant takes us through in the video below.