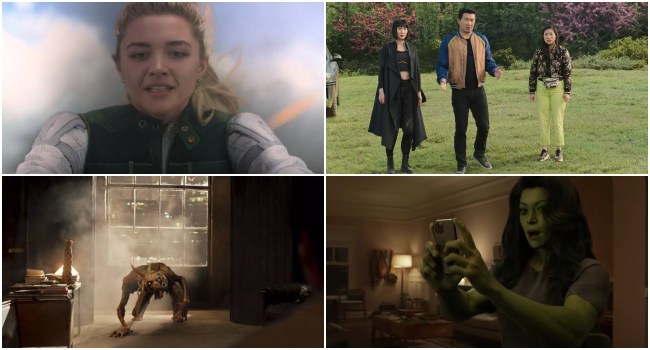 While the erratic quality of Marvel Studios’ CGI work has been a debate amongst fans for a few years now, that conversation seemed to really come to a head with the release of the trailer for She-Hulk, the new MCU series that will hit Disney+ in August.

The trailer has seemed to spark a realization amongst Marvel fans that the quality of CGI arguably looks worse now than it did in the MCU’s first-ever film, 2008’s Iron Man.

This distinction, though, is that She-Hulk is obviously a TV series while the like of Avengers: Infinity War is a feature film — the budget for those two respective projects, regardless of the fact that they both exist within the MCU, is quite different.

Still, there are plenty of examples from recent films that suggest the VFX issue spreads beyond just Marvel’s television division.

this is what happens when a vfx team is forced to crank out 5 movies and 8 shows in one year pic.twitter.com/G7OXbbEy83

Insane how good the CGI is when they aren't pumping out 50 movies a year with most of the budget going towards paying every A lister in town. https://t.co/fkrC6YPrem

This was CGI from 2006, and they only had 25 million extra to work with. Marvel really slacking if you ask me. pic.twitter.com/2ZTqgtTz76

AND WHY does the fandom eat it up? pic.twitter.com/Tu5OcQVrdy

'CGI' is trending because of the #SheHulk trailer

Calling Marvel’s VFX on the whole, “the most barely passable CGI you’ve ever seen” is flat-out stupid on every possible level 🥸

They’ve had some slip ups here and there but most of the time their VFX artists are knocking it out of the park. https://t.co/NoRwxGQOxj pic.twitter.com/EFal3d6xTa

vfx artists who already work on 37 marvel movies a year getting told they have to animate she-hulk for 6 episodes pic.twitter.com/zUlwTE7Oyt

that third eye is one of the worst cgi’s i’ve ever seen https://t.co/OqBqoKvek4

I’m still very much looking forward to She-Hulk but uh they couldn’t just paint her green? Or get a huge muscle lady for the She-Hulk parts. That CGI face is not GIVING. pic.twitter.com/ML0m7snSee

The CGI moments in #AgentsofSHIELD are still the most impressive VFX among other MCU shows pic.twitter.com/60GlmjmEAQ

Personally, as our world becomes further digitized, I’ve just come to accept that shoddy CGI is just a fact of our entertainment reality given the way in which it was used compared to twenty years ago. And here’s the difference: Pirates of the Caribbean: Dead Man’s Chest, for example, actually shot on location at real beaches and in real forests and used CGI to create the character inhabiting the world, whereas Marvel is now using CGI to create the world, too.

That said, I need the story to deliver, which I felt the likes of Moon Knight did not. If the visuals are going to be so-so, then everything else needs to be on point, otherwise, the product is not only unsatisfying but it’s literally hard to look at.

RELATED: ‘Doctor Strange 2’ Writer Reveals Who They Considered Featuring In The Film, Including Deadpool And More