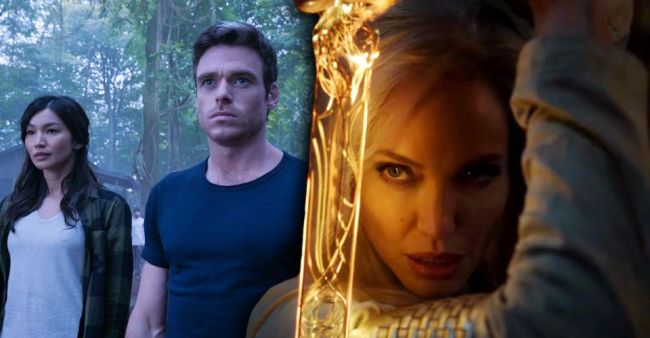 When it comes to the global box office, China is a massive player in terms of determining whether or not a film can cross $1 billion. Take Avengers: Endgame, for example, the second-highest-grossing film of all time: Endgame made over $2.7 billion at the global box office, with over $600 million of that total coming from China alone. To put that in context, $600 million is what 2017’s Justice League made globally.

When a film isn’t allowed to play in China’s theaters, particularly when it’s a Disney film, it’s a relatively big deal in the context of the movie industry, and that may soon become a reality for the Mouse House and Marvel Studios, as a report from Variety suggests that two of Marvel’s 2021 films — Shang-Chi and the Legend of the Ten Rings and Eternals — “may face an uphill battle to enter China”.

As Variety notes, a recent report on the MCU’s upcoming Phase Four films by China’s CCTV6 Movie Channel left both Shang-Chi and Eternals out of the line-up.

While “the omission might seem small, its significance lies in its provenance: the channel is under the jurisdiction of China’s powerful propaganda department, which has the final word on film approvals.”

China does not operate a free market in cinema. All foreign-made films seeking release in Chinese theaters must receive government approval and pass censorship. There are also separate quotas for films imported on flat-fee terms and those, such as Hollywood studio titles, seeking a more lucrative revenue sharing release through a state-owned distributor.

While the China Movie Channel report is not hard evidence that the two titles will be banned from the China market, their omission could be an indication that something about them is troubling Chinese officials. [via Variety]

Why Shang-Chi May Not Be Released In China

Given that Shang-Chi and the Legend of the Ten Rings features Marvel’s most prominent Chinese hero, common sense would suggest that the film would be a perfect fit for China’s audience. However, a racist stereotype used in the early days of the Shang-Chi comics may come back to haunt Marvel.

While Fu Manchu — a villain and Shang-Chi’s father in the comics — has been entirely removed from the film and will not exist in the MCU, its history remains an issue nonetheless.

“The character, seen through the years as an embodiment of the ‘Yellow Peril’ stereotype, has been written out of the new film to distance it from these racist connotations,” Variety notes.

The stereotyping of Chinese culture seems to be an issue on the whole, as Weibo users across China, Taiwan, and Hong Kong feel that the film possesses a “rather stereotyped view of Chinese people and culture: full of kung fu, lanterns, pagodas, and the color red.”

Some social media users in China also reportedly have an issue with Marvel’s casting choices, as “many online commenters have slammed Simu Liu and Awkwafina for not meeting the typical thin-chinned, high-nosed, pale-skinned, double eye-lidded standards of ideal Chinese beauty.”

Why Eternals May Not Be Released In China

The hurdles facing Eternals are far more straightforward, as Academy Award-winning director Chloe Zhao is currently “persona non grata in China” due to the recent spread of past quotes that were perceived as being anti-China.

The first quote from a 2013 interview found Zhao discussing her interest in movies about the American heartland and saying, “It goes back to when I was a teenager in China, being in a place where there are lies everywhere.” The second quote was a misprint that found Zhao claiming “the U.S. is now my country,” even though she had actually said “the U.S. is not my country.” Regardless, the incorrect quote went viral and added fuel to the nationalist backlash. [via IndieWire]

At this time, Chinese censorship authorities have yet to make any official announcements regarding these two films. Following the release of Black Widow on July 9, Shang-Chi (September 3) and Eternals (November 5) are the next two films on the Marvel calendar.