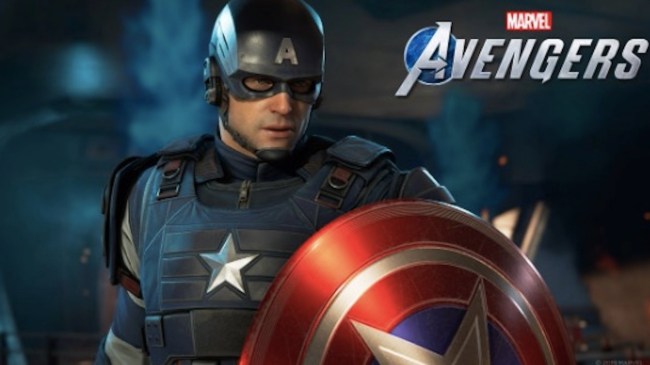 After years of hype and anticipation, Marvel Entertainment dropped the first-look trailer at the long-awaited Avengers video game at E3 2019.

Set to be released on May 15, 2020, Marvel’s Avengers will be the first Avengers-related open-world console game since the money-printing franchise began back in 2008 with Iron Man.

Developed by Square Enix, Marvel’s Avengers will be released on PlayStation 4, Xbox One, PC and Google Stadia. Unfortunately for Nintendo users, the game will not be released on Nintendo Switch.

Other than the release date, not much is known about the long-gestating video game, which was first announced back in 2017. Unfortunately for hardcore fans of the Marvel Cinematic Universe, the iconic actors who have inhabited these roles in the MCU for the past decade will not be lending their voices to the game.

At the time of this writing, it is not clear how — if at all — the game will tie into the exceedingly popular Marvel Cinematic Universe. Similarly, given the recently released Spider-Man game on PS4, fans have speculated that these two will tie into each other.

What is known about the game is its playing style, as it will mirror the likes of “service games” (a fancy phrase for games that exist online & constantly update) such as Destiny and Anthem.

A few days prior to the release of the official trailer, a detailed description of Marvel’s Avengers leaked on to the internet:

“Embrace your powers and join key members of the development team at Crystal Dynamics and the creative team at Marvel Games as they talk exclusively about the upcoming Marvel’s Avengers. This is the defining Avengers gaming experience: an epic action-adventure that combines cinematic storytelling with continuous single-player and co-operative gameplay. Moderated by Andrea Rene, assemble in teams up to four players, master extraordinary abilities, customize your heroes to fit your playstyle, and combine powers to defend an ever-expanding world under constant threat,” the game description reads.

Square Enix, the legendary Japanese video game developer and publisher, has been the mastermind behind generation-defining role-playing games such as Final Fantasy, Dragon Quest, and Kingdom Hearts.

Frankly, after essentially making a billion dollars per movie like clockwork for the last 10 years, it’s about damn time Marvel gave fans the chance to play as their favorite heroes.