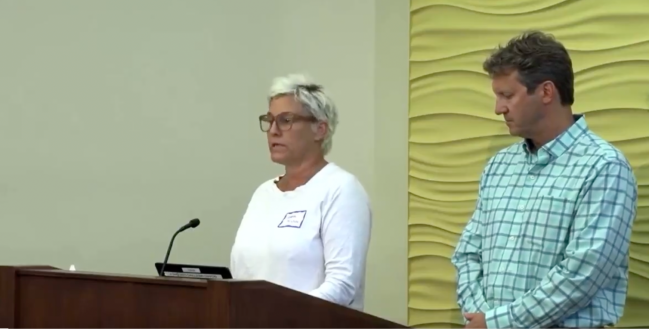 In the span of one week, I listened to Joe Rogan’s heartbreaking interview with North Korean defector Yeonmi Park and watched footage of Afghans falling from U.S. military planes in an attempt to escape the Taliban.

Whatever problems I delude myself into having seem laughable with just one ounce of perspective, and if you’re as lucky as I am and and you’re still waving your fist to strangers on Twitter about what-have-you, you may be in need of a re-calibration.

Let’s use this recent Birmingham Board of Education meeting as a point of reference.

The meeting—which was originally called after the board and superintendent announced that students, staff, and teachers will be required to wear masks indoors for the start of the school year—quickly devolved into chaos.

In my opinion, the parents have a leg to stand on here, but the cartoonish lengths they go to prove it give me a case of the Karen Creeps, for which there is no vaccine.

And this parent said she’s removing her daughter from Birmingham Public Schools because of a mask mandate, which she compared to child abuse. pic.twitter.com/OWPBlb70Fq

According to the Metro Times, police are also investigating a man who flashed a Nazi salute and chanted “Heil Hitler” during the meeting. Two men behind him repeated the phrase.