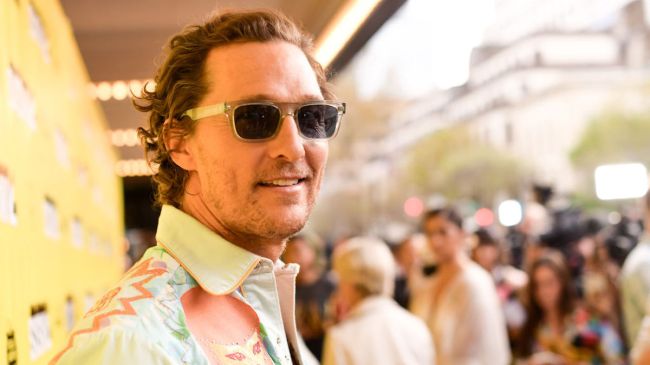 Just a couple of weeks before Academy Award winner Matthew McConaughey was set to begin production on Dallas Sting, the project has been completely and mysteriously canceled.

According to The Hollywood Reporter, Dallas Sting — which was set to be directed by The Falcon and the Winter Soldier filmmaker Kari Skogland — tells the “true story of a Dallas girls soccer team that traveled to China and, against the odds, defeated some of the best women’s teams in the world.”

However, just weeks before filming was supposed to begin, the studio scrapped the project entirely after they apparently received “disturbing allegations surrounding aspects of the true story on which the drama was based.” At this time, the details of those allegations have not been made public.

In addition to McConaughey as head coach Bill Kinder, the film was also set to star Booksmart breakout Kaitlyn Dever.

A source close to the decision noted Skydance and the producers were disappointed by the development, as they felt the story of the 1984 team and its young women deserved to be told. The move highlights the potential risks that could arise when telling true-life stories. [via The Hollywood Reporter]

The cancellation of Dallas Sting will certainly be a blow for McConaughey, who hasn’t seemed to star in a quality film in quite some time (other than perhaps The Gentlemen).

Following his win for Oscar Dallas Buyers Club and subsequent appearances in The Wolf of Wall Street, Interstellar, and True Detective, McConaughey has spent the last decade starring in projects such as The Sea of Trees, Free State of Jones, Sing, Gold, The Dark Tower, White Boy Rick, Serenity, and The Beach Bum.