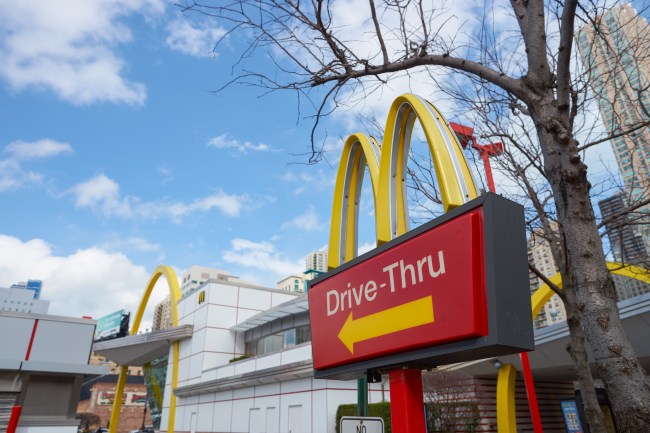 Social media can be tough. It’s one thing if your personal Twitter has a typo account that has a default profile pic and 12 followers. But when a worldwide giant like McDonald’s messes up on Twitter, people take notice. Some McDonald’s social media intern indulged in far too much alcohol on Thanksgiving and then decided to schedule tweets for Friday at 1 in the morning. The errant tweet was definitely noticed. Only hours later, there are nearly 14,000 RTs and over 32,000 Likes of the mistake tweet.

The tweet said “Black Friday” and was followed by a reminder (“Need copy and link”) to include the promo content. Narrator: They didn’t include the promo content. Not exactly the Black Friday deal that people are running to Mickey D’s to gobble up. This is why you don’t let an intern run a Twitter account with more than 164,000 followers. The failed tweet caught the eye of Wendy’s and they promptly dismantled McDonald’s. Wendy’s, which has the undisputed greatest Twitter account of any fast food purveyor, ethered the competition by striking McDonald’s right in their Achilles heel.

When the tweets are as broken as the ice cream machine. https://t.co/esdndK1iFm

Twitter was not about to let McDonald’s forget about their gaffe and they dragged the fast food company.

someone's not paying their marketing interns

McDonald’s was able to transform the fuck-up into a marketing opportunity. Pretty, pretty suave save.

When you tweet before your first cup of McCafé… Nothing comes before coffee. pic.twitter.com/aPJ2ZupS9b

McDonald’s never deleted the original erroneous tweet, begging the question if it was done on purpose. The fast food giant certainly got much more attention and engagement on the mess-up than some regular McDonald’s tweet. This is the second social media blunder by McDonald’s since March, when someone tweeted at President Donald Trump from the official McDonald’s Twitter account.