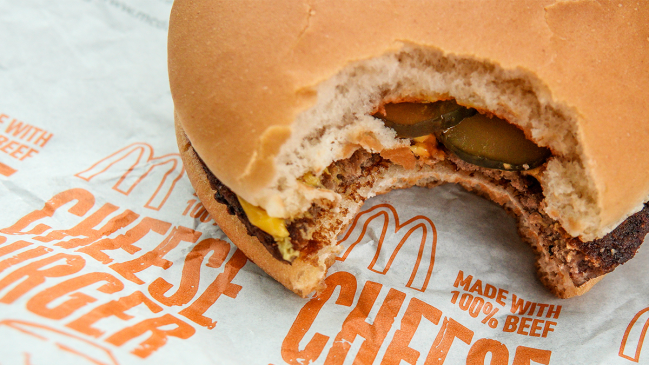 “Healthy” is probably one of the last words people associate with McDonald’s, as most customers who visit the restaurant aren’t keeping a close eye on how many calories they’re racking up when they place their order. With that said, the fast food chain has done what it can to cater to people looking for comparatively nutritional options compared to its traditional offerings

McDonald’s has had an on-again, off-again relationship with the salads it first started selling back in 1986. It’s repeatedly tinkered with different varieties (a kale variation it introduced in 2016 actually contained more calories than a Big Mac), but as things currently stand, customers in the United States can’t order from the category that disappeared from the menu at the start of the pandemic.

It’s hard to imagine that move put a major dent in the company’s bottom line; at the end of the day, McDonald’s knows the reason it rakes in tens of billions of dollars in revenue each year is that people know they can go there to get a familiar, reliable, and relatively cheap meal.

Over the years, diehard McDonald’s fans have figured out plenty of ways to improve the dining experience thanks to the wide variety of menu “hacks” you can take advantage of to get the freshest fries possible or save a few dollars by deploying a little bit of creativity.

The company even embraced a few of those innovative strategies earlier this year when it rolled out a limited-time menu home to four unique items you typically have to engineer on your own—although it seems very unlikely it will end up embracing the latest trick to go viral.

As I alluded to above, it’s hard to imagine there are many McDonald’s Salad Superfans. However, there’s at least one person out there who didn’t let the fact that they’re no longer on the menu in the United States prevent them from getting their fix during a recent visit.

The customer in question posted a video of the “burger salad” hack that made the rounds on TikTok, which involves ordering a Deluxe Quarter Pounder (or, in her case, a Double) and making a bunch of custom tweaks before finalizing the order.

If you want to replicate this for yourself (for some reason), here’s what you need to add and remove:

That seems like a lot of effort to get your hands on a salad from McDonald’s, but hey, you do you.