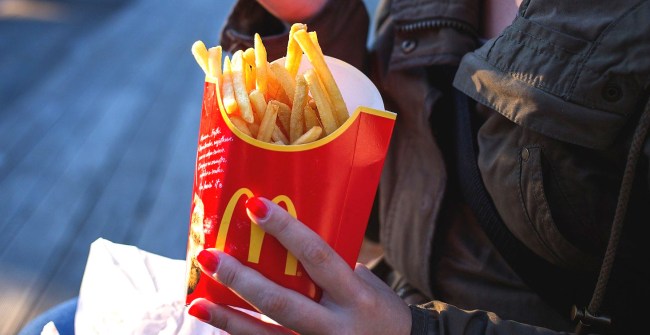 Every big corporation has its share of secrets that it would often prefer the general public not know about and there aren’t many corporations in the world bigger than McDonald’s.

That being said, with more than McDonald’s 38,000 restaurants around the world and approximately 200,000 employees serving somewhere in the neighborhood of 69 million people every day, keeping all of the company’s secrets, well, secret, is practically impossible.

Especially when things like someone asking current and former employees of McDonald’s on Reddit the question, “What secrets did you discover while working there?”

Now we already know why the ice cream machine is always broken, or at least have been given several possible reasons, but what else don’t we know?

“Former employee here,” replied AmbivalentWaffle. “I found out that, when making 5 gallons of sweet tea, an entire 4-pound bag of sugar goes in.

“Sandwiches with round egg use real, cracked eggs. Folded and scrambled come from packaged goods in the freezer or fridge.

“I also had a manager that insisted more people purchase Filet O Fish when it’s raining out because they subconsciously associate the watery weather with fish. Anyway, he did some research by poring through sales of Filet O Fish for months and months and comparing it to weather data for each day. Turns out he found something like a 3% increase on rainy days and was very pleased with himself.”

As he should have been.

“Dehydrated onions, you put them in a metal thing and just add water,” shared HawkTheHawker. “The thing is they still taste great! But I was shocked and happy that I didn’t have to go cut onions.”

Related: TikToker Claims McDonald’s Has A Secret ‘McBrunch Burger’ And Explains How To Get It

“For the one I worked at in high school,” wrote Radthereptile. “Burgers are kept in a warming area for no more than 15 minutes then thrown out and new ones are made.

“You get a free meal from anything except the salads. Meal is a sandwich, medium fries and a medium drink.

“At the end of the night all the cooked meat is thrown out. If you want you can use it to make burgers and take them home with you.

“Specific tools and grill section for cooking chicken vs beef to make sure they don’t cross for those customers who don’t eat beef. The Hindu coworkers were very vocal about this rule if you worked the grill.”

I wonder if I just hung out at a McDonald’s for more than 15 minutes if they’d give me the burgers they’re throwing out.

“Worked there in high school,” abbazabba_3000 responded. “Found out that if you put the middle of a Mac bun in the fryer and then add soft serve and strawberry topping, it tastes just like a funnel cake. Custom creations were the best part of working there.”

This was just the first of many “custom creations” shared by former McDonald’s employee Redditors.

“One thing I was SHOCKED by (this was pre-internet forums being widely used so it was just info from people working there) was that no burgers are flipped,” revealed BearWithScales. “You put your 10:1 patties or 4:1 patties on the grill and hit a couple buttons and a second grill comes down and both sides are cooked for you. I loved scooping a big tower of them off the grill to plop into the warming trays.” 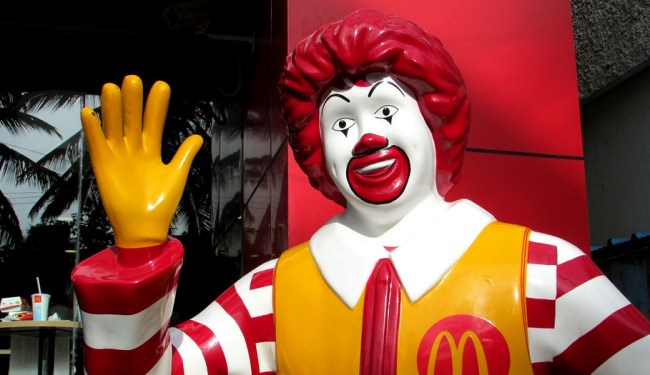 “Sauces for sandwiches have the craziest dispensers,” commented thomsomc. “Ketchup and mustard are in these really rudimentary plastic funnel things that have a paddle in the handle, when you squeeze it gravity pushes just the right amount of sauce through holes. Doesn’t seem like it’d work well but it does if you apply the proper amount of jigglin.

“The Mac sauce, mayo, and tartar though, they’re in basically caulk tubes that get loaded into basically caulk guns. You pull the trigger on the handle and a reeeeaally satisfying ratchety clanking delivers a powerfully saucy surprise for the awaiting buns. Problem is, it takes a bit of finesse because if you hit that trigger too hard you’ll blow the bun and the wad of creme right through the condiment station and onto the wall 8 feet away. No joke, the first couple tarter splurts of a fresh tube came out so hot I’d fire a shot or two in the trash to avoid premature splatulation during the lunch rush. The first salvo, properly elevated and adjusted for wind, could clear the whole kitchen and take out the McInfantry on the cash register.”

Of course, this wouldn’t be a complete list without at least one ice cream-related secret.

“The shake machine works just fine, so long as someone remembers to fill it before it gets too empty and goes into automatic 90-minute self-clean mode,” commented Beleynn. “It also takes a VERY long time to start up, so if someone forgets, there’s no shakes for 30 minutes. This was never a problem for me – whenever I did opening shift, I’d kick off the coffee brewing for my team, then start up the shake machine for myself.”

So there you go. Everything you never knew you needed to know about the goings-on behind the scenes at McDonald’s.