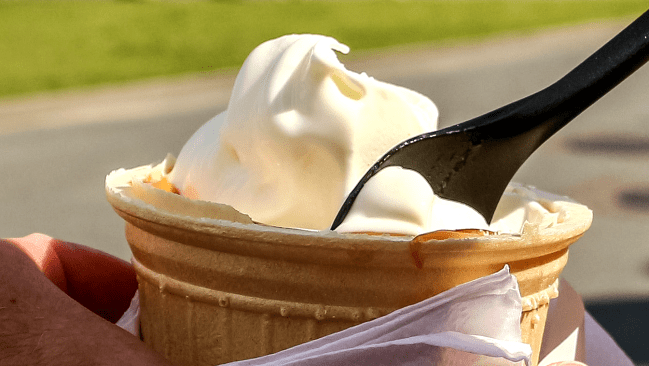 As everyone who has ever ordered a McFlurry or a ice cream cone at a McDonald’s knows, you have a less than 50/50 chance of actually receiving your order because frequently the ice cream machine is broken.

Over the years, creative people who understand what a travesty this can be have taken upon themselves to even create apps that will inform you if the ice cream machine at the McDonald’s you are about to frequent is in working order or not.

One former McDonald’s employee who knows all too well about how people feel about this issue has finally explained why the fast food chain’s customers are always being told the restaurant’s ice cream machine is out of order.

How is McDonalds gonna have a new McFlurry to try but their machine is down!🙄

Jack McDermott, a streamer and former Big Brother UK contestant who goes by the name PieFace online, was recently talking to the Happy Hour Podcast about why it is so damn hard for people get a McFlurry.

“Now this is another thing that grinds my gears, sorry to use Peter Griffin’s phrase, but it does,” McDermott tells podcast hosts JaackMaate and Stevie White.

“I saw a video on Twitter and some guy was tweeting – and it was getting lots of like and interactions – like ‘I work there, it’s because of all of this.’

“It’s a pretty simple reason, and that’s that they are so expensive they will only buy one per store, but because it gets so much use it just overheats.

“So that’s why they have to stop serving them because it just overheats. So when it’s too popular they need to allow more time for it to freeze down.

“That’s the genuine reason as to why when they say they can’t serve McFlurries, that’s why. It needs like 15 minutes because it’s pumping out so quickly sometimes.

“Basically it comes out like slush. Obviously if they had two machines it would solve that, but it’s just the McDonald’s way.”

So there you have it.

It’s either that or, as a couple of former McDonald’s worker once claimed, the ice cream machines aren’t actually broken, the employees are just too lazy to clean them.

Btw, I used to work in McDonalds. The ice cream machine was never broke, it just takes 3 hours to clean so we used to say it was broke so we didn’t have to serve you lot 😂😂Cheers x

As an ex McDonald's employee, the ice cream machine was always working it just took too long to clean it so we used to tell everyone it was broken hahaha

Related: Here’s How To Get Free Fries At McDonald’s Every Friday From Now Through June

mcdonald’s has ice cream about as often as i see my dad. i have 2 moms

All I have wanted for the last week is a chips ahoy mcflurry and they keep telling me the machine is down. Someone needs to fix this before my cravings get out of control and we have a problem.

McDonald's needs to take any type of ice cream off the menu because they always say the ice cream machine is down. #McDonalds

WhyTF are the ice cream machines never working at @McDonalds !! I never come here and I really wanted a McFlurry. 😢