Oh Poop, Feces Found On Every Self-Serve Touchscreen At Every McDonald’s Location Tested 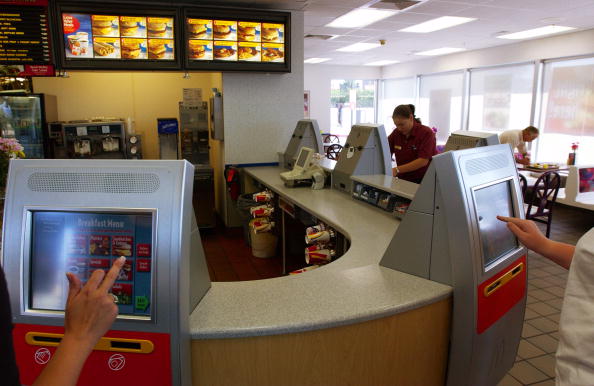 McDonald’s is up shit creek without a paddle after a new report was released that revealed every self-serve touchscreen at every location tested was found to have feces on them. Ba Da Ba Ba Bah, I’m poopin’ it!

The British publication Metro swabbed self-serve touchscreens at eight McDonald’s locations in London and Birmingham. Traces of feces were found on every McDonald’s touchscreen tested. All of the displays had coliforms, or the bacteria found in feces. There was also the bacteria proteus, which is found in both human and animal dookie. Usually, when you see shit on your screen, you’re watching a Browns game.

Besides poo, there was also listeria bacteria present, which can cause stillbirths and miscarriages in pregnant women. One screen even tested positive for staphylococcus, a contagious bacteria that can cause blood poisoning and toxic shock syndrome.

“We were all surprised how much gut and fecal bacteria there was on the touchscreen machines,” said Dr. Paul Matawele, a senior lecturer in microbiology at London Metropolitan University. “These cause the kind of infections that people pick up in hospitals.” Happy Meal, more like Crappy Meal.

Dr. Matawele, who conducted the investigation and analysis, was most concerned about staphylococcus because of how quickly it can spread and that the bacteria might be becoming resistant to antibiotics. “It starts around people’s noses, if they touch their nose with their fingers and then transfer it to the touchscreen someone else will get it, and if they have an open cut which it gets into, then it can be dangerous,” Dr. Matawele said of staphylococcus.

They only tested touchscreens at eight McDonald’s locations, so this is a very small sample size. This isn’t necessarily a condemnation on McDonald’s as much as it is on their customers. But you should probably have some hand sanitizer on you for when you touch any high-traffic public place or even money.

The self-serve kiosks were created to allow customers to customize their meals, make ordering faster, and to save McDonald’s money by not needing as many cashiers. There has been a recent push for fast-food workers to have their salaries increased to $15 per hour. Many restaurant chains such as Panera and Chili’s have implemented these touchscreens into their locations already and McDonald’s plans to have self-serving kiosks in all of their U.S. locations by the year 2020. What if the cashiers are purposely smearing feces on the screens so nobody wants to touch them and then McDonald’s gets rid of the touchscreens and are forced to hire more human cashiers? “Would you like to poop-a-size your meal?”

So the moral of the story is that everyone needs to stop scratching their ass while they decide what to order from McDonald’s.

Here are the dirtiest things you touch every day.

RELATED: The Dirtiest Places On An Airplane Have Fecal Matter And Used Tampons (Not The Bathroom) – I’m Never Flying Again