Didn’t Score Any McDonald’s Szechuan Sauce Because Of Limited Quantities? I’ve Got Some Great News 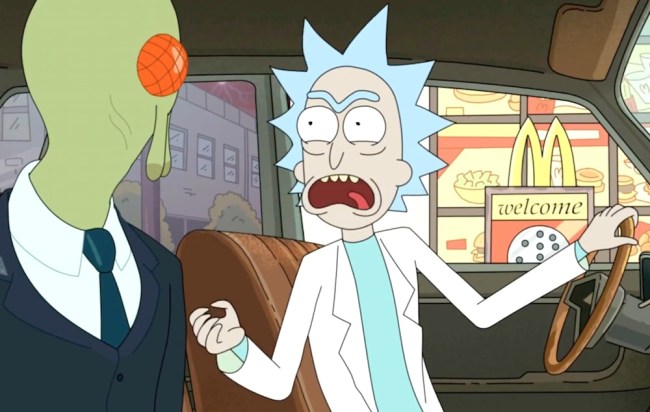 Fans of the animated comedy Rick & Morty showed up to McDonald’s locations throughout America over the weekend in hopes of getting their greasy palms on some Szechuan Sauce. This created a literal cluster fuck of entitled fans showing up at fast food restaurants all across America demanding sauce. The main problem is that McDonald’s only made extremely limited quantities of their Szechuan Sauce and not every location in America got the sauce.

There were incredibly long lines at McDonald’s locations. Police were called on unruly fans. It was a total shit show of a release…But there’s good news!

McDonald’s realized how badly they butt fumbled the Szechuan Sauce release for Rick & Morty fans and they’ll be making more sauce, in larger quantities, and doing another release to placate all of the hostile fans. 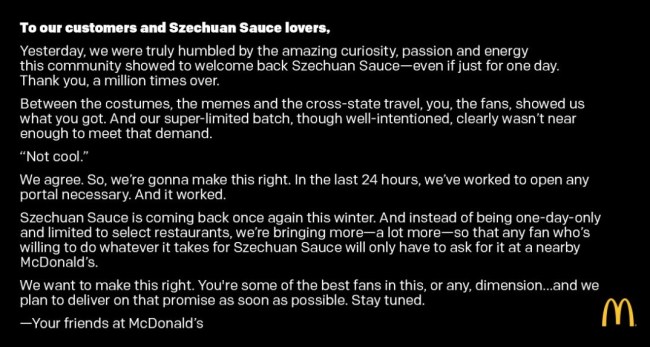 This is a pretty great move by McDonald’s. They clearly recognize an opportunity to bring a large group of millennials back into McDonald’s, a generation that’s strayed away from the fast food giant. They dropped the ball the first time around but they’re going to make things right and feed the hungry Rick & Morty fans the Szechuan Sauce that they demand.

To see just how much of a debacle Saturday’s Szechuan Sauce release was you can click here to see our Twitter round up of angry fans at McDonald’s all throughout America.