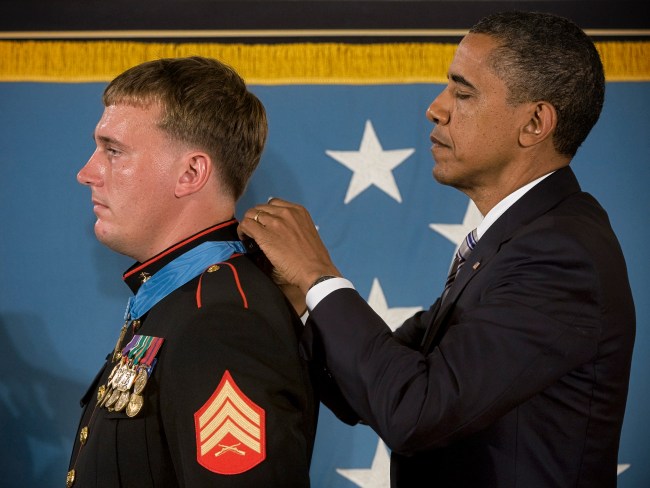 In the immediate aftermath of the senseless Vegas massacre that claimed the lives of 58 concert goers and injured 500 more, the American spirit shined through. Many people were spotted dragging wounded strangers to safety, using their shirts and shoelaces as makeshift tourniquets, all operating under the unimaginable fear of not knowing if more shots would be fired down on them. An Arizona fireman was shot in the chest giving CPR (he is expected to survive). An ex-Marine stole a truck to take victims to the hospital. And the morning after the tragedy, a line extended around the block for people to donate blood to victims. Awesome stuff.

Yesterday, we brought you the news of Dan Bilzerian filming himself on Snapchat running from the scene as gunfire was raining down, saying, “Holy f–k this girl just got shot in the f—ing head. So f—g crazy.” About an hour later, he posted another video adding, “Saw a girl got f—ing shot in the face right next to me, her brains hanging out. Stupid a– me didn’t bring a gun.” He then returned to the crime scene with a gun, but the shooter had already been killed.

One Medal of Honor recipient wasn’t so receptive of Bilzerian’s live reporting. Sergeant Dakota Meyer, husband of Bristol Palin, is arguably the most decorated Marine in four decades. Meyer is the second youngest living Medal of Honor recipient, Purple Heart recipient, and has been honored with several Navy achievement awards for his service in Afghanistan. In short, the dude entered enemy territory and beat a Taliban fighter to death with a rock before “personally evacuating 12 friendly wounded and provided cover for another 24 Marines and soldiers to escape likely death at the hands of a numerically superior and determined foe.” Suffice it to say, when Dakota Meyer speaks, I’ll listen. We all should.

Following Bilzerian’s viral video, Meyer posted the below screenshot of Bilzerian and did not mince words about his thoughts on the matter.

This is why children shouldn’t classify heroes by their followers or their photos. @danbilzerian this is what kills me about people like you. Always playing “operator dress up” and so so tough when the cameras are on. A woman just got shot in the head and you are running away filming that’s not what operators do. Please stop trying to be someone your not. People are dying, you’re running away not helping them and pretending it’s worthy of a video is disgusting.

I don’t know if anyone’s qualified to assess how others would handle themselves in the midst of debilitating terror, but it’s not difficult to see Dakota’s point here. I don’t think there’s a bleeding heart in this country that wouldn’t have preferred Bilzerian to use his SEAL training to help the victims physically rather than update us on social media. Assigning heroes and cowards to a tragedy is essentially pettifogging the severity of it, but with the amount of exposure Bilzerian’s gotten for his video, that in itself may be sending the wrong message.