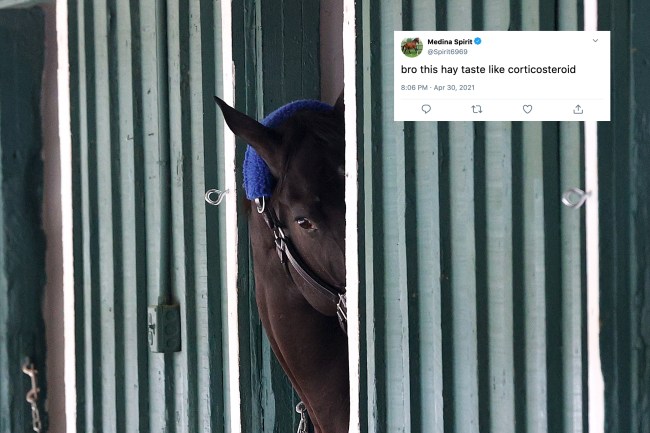 Bob Baffert has never lied to me.

So when the Hall of Fame trainer claims the suspension handed down by Churchill Downs was a result of “cancel culture,” I’m inclined to believe him. After all, we did try collectively try to cancel Ellen DeGeneres for not giving each of her interns their own talk shows and villainized Tiger Woods for the crime of enjoying sexual intercourse.

"We live in a different world now. This America's different." pic.twitter.com/bsQeiV7oXi

Plus, Ashley Schaeffer Auto has one of the finest Spring Sales Events in the area, and far be it for me to accuse someone of perjury when my 2007 Kia Sorento is still truckin’ at 112,000 miles. That’s the Schaeffer Guarantee. ™

But—as we’ve seen time-and-time again in the world of pixelized permanent documentation—we’re all hot garbage at our core and Medina Spirits is no different, despite being a horse.

An organized team of unemployed internets sleuths went digging as far back as the early 2000s and uncovered some startling tweets types by the hooves of the Kentucky Derby-winning* Colt. 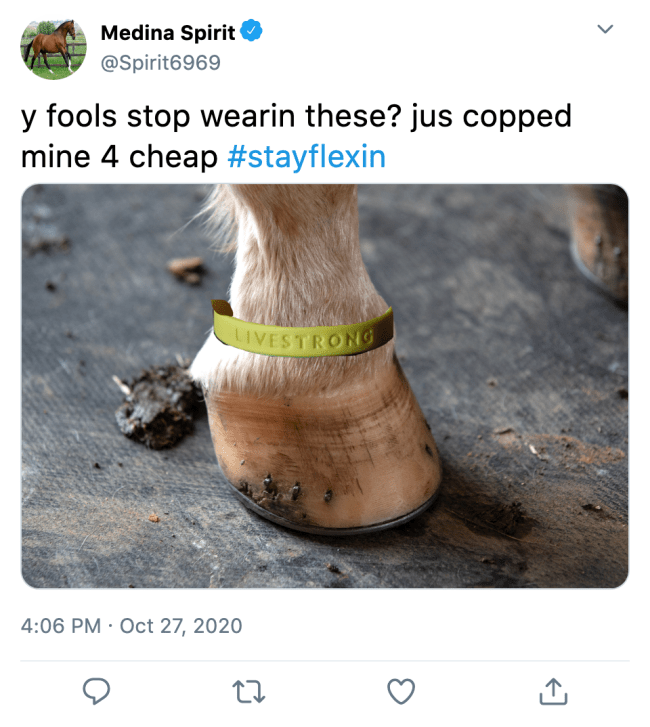 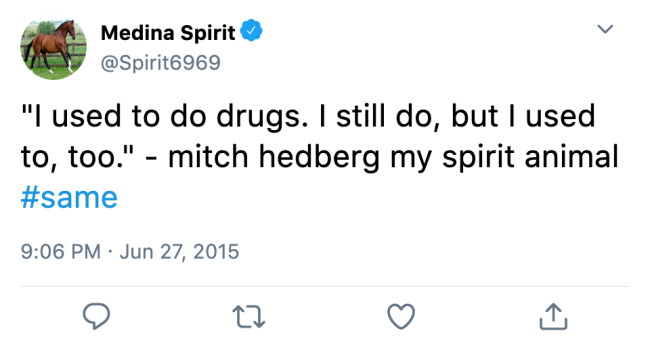 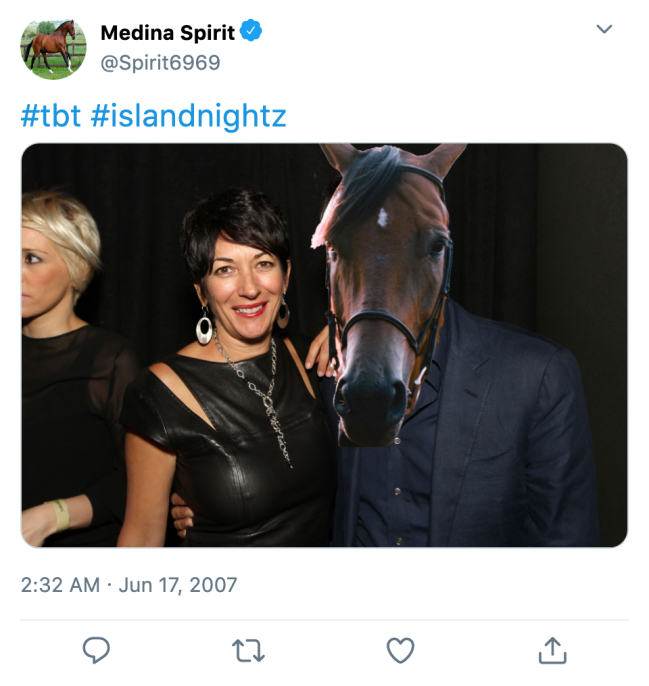 In light of the damning tweets, Mr. Spirit took to Twitter to do some good old-fashioned damage control. 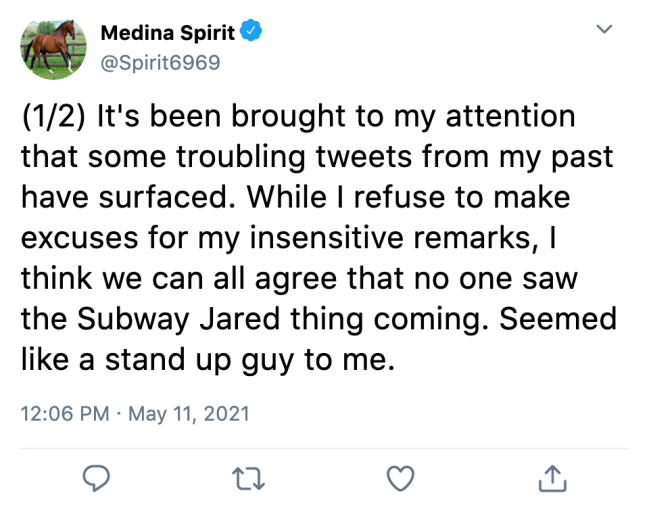 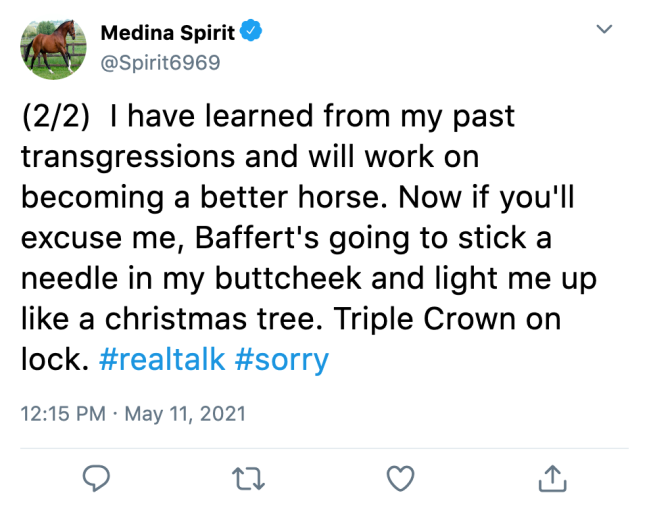