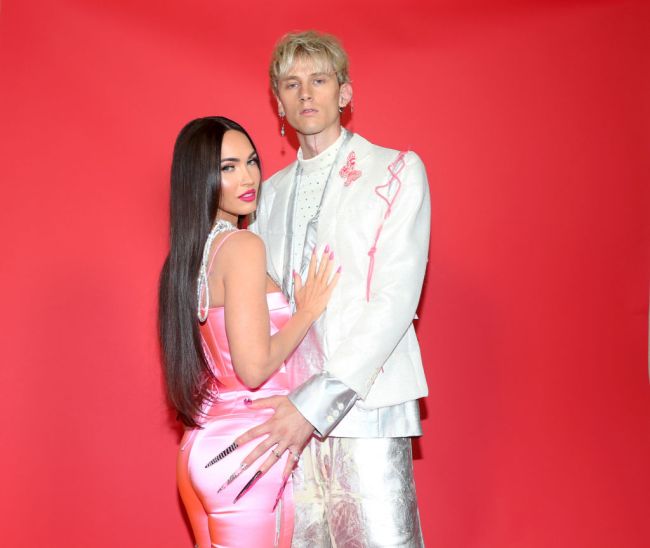 For most of us, the “proper setting” for a hallucinogenic experience is at Brad’s dad’s lake house with four friends who have already seen you cry. Turn off the phones and turn up the Lemon Jelly-heavy playlist and pace around anxiously until the tulips start to dance.

Megan Fox and Machine Guy Kelly did not attend Brad’s dad’s lake house because they were flying to the middle of the jungle to drink ayahuasca with 20 total strangers.

Megan Fox detailed her three-night experience ingesting Costa Rica’s teacher plant with indigenous people and how she made the mistake of expecting a “five-star experience” due to the venue’s popularity with the rich and famous.

Unfortunately, there was no room service, never mind moist towelettes.

“You don’t get to eat after 1 pm. You have to walk a very far distance to get your water. You can’t shower because they’re in a drought. Nothing glamorous about it. It’s all part of making you vulnerable, so you surrender to the experience.”

The 35-year old Fox then discusses the tradition of vomitivo, the act of drinking a bowl of lemongrass water followed by several bowls of warm water until the body naturally regurgitates it. The technique is intended to cleanse the body, stomach and intestinal track prior to working with ayahuasca.

“You have to vomit a certain amount before they let you back…It’s such a good bonding experience. That gets you ready to go into the ceremony that night because your vanity’s gone.”

As is natural with psychedelics beyond a nominal dose, Fox touched hell on the second night, with her mind spiraling in a futile attempt to fight ego death.

“The second night, I went to hell for eternity. Just knowing eternity is torture in itself because there is no beginning, middle, or end.”

The actress said that despite going to hell and vomiting on top of vomit, the exprerience exceeded talk therapy or hypnotherapy because it “just goes straight into your soul, and it takes you to the psychological prison that you hold yourself in.”

Only a matter of time before Rogan books Fox on the JRE.