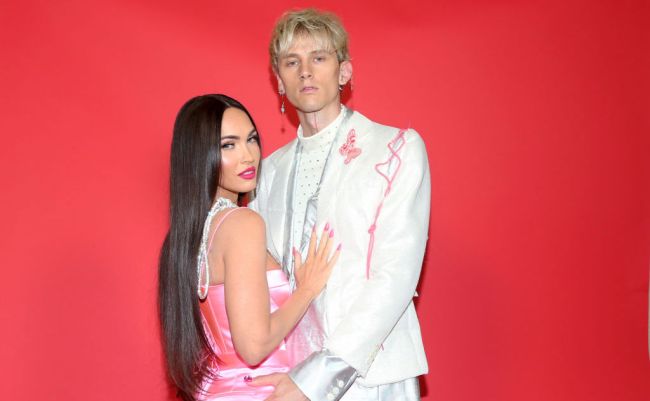 I, probably like most Millenials out there, remember the first moment I saw Megan Fox. The year was 2007 and I was sat in my local movie theater at the Preakness Mall in Wayne, New Jersey. My house was close enough to the theater so during the summer I’d ride myself down there and catch a solo flick. Even as a teenager, catching movies on my own didn’t both me — it’s called self-confidence, folks.

What makes my first encounter with Megan Fox particularly memorable, though, is that I was 14-years-old and heading into my Freshman year of high school, which is essentially prime pubescent horniness years. Having rounded a couple of bases in middle school, the time to make the leap to the big leagues of high school was just months away. My feelings about women were changing rapidly and the discovery of Megan Fox was only an accelerant. As far as I’m concerned, there are two definitive time periods in my life: BMF (Before Megan Fox) and AMF (After Megan Fox). I actually knew a girl back then who vaguely, vaguely looked like her, so you can bet your ass I then subsequently spent the entire summer trying to hook up with her. Ah, teenage romance.

Naturally, it goes without saying that I’ve welcomed her recent pop-cultural renaissance with open arms despite the fact that it’s come with side-serving of Machine Gun Kelly, who appears as though he’s become a character out of The Matrix. That said, nostalgic Megan Fox-horniness aside, even I have my limits, and the pair’s quotes about their romance from a recent British GQ interview are certainly pushing those limits. Here are some of the highlights, or the lowlights, depending on your perspective:

“I just remember this tall, blond, ghostly creature and I looked up and I was like, ‘You smell like weed.’ He looked down at me and he was like, ‘I am weed.’ Then, I swear to God, he disappeared like a ninja in a smoke bomb.”

“Even our first kiss, she wouldn’t kiss me. We just put our lips right in front of each other and breathed each other’s breath and then she just left.”

“Because you’ve been around the world and experienced so much shit, you think you know everything. And then you are in the arms of your destiny and realise ;I don’t know shit yet.'”

“I’d always felt like there was that thing missing, that I’d given up on, that you’re always seeking. But then you meet the person that completes that for you.”

“It’s ecstasy and agony for sure… I don’t want people to think anything’s perfect with us. I didn’t say it was the darkest fairy tale for no reason. There’s also the demonic side.”

Like I said: ahhhhh, there’s just nothin’ like teenage romance (which is what this appears to be based on how they describe it despite the fact that they’re both in their 30s).

RELATED: Don’t Look At These Photos Of Megan Fox And Machine Gun Kelly At The Billboard Music Awards If You’re Off Birth Control