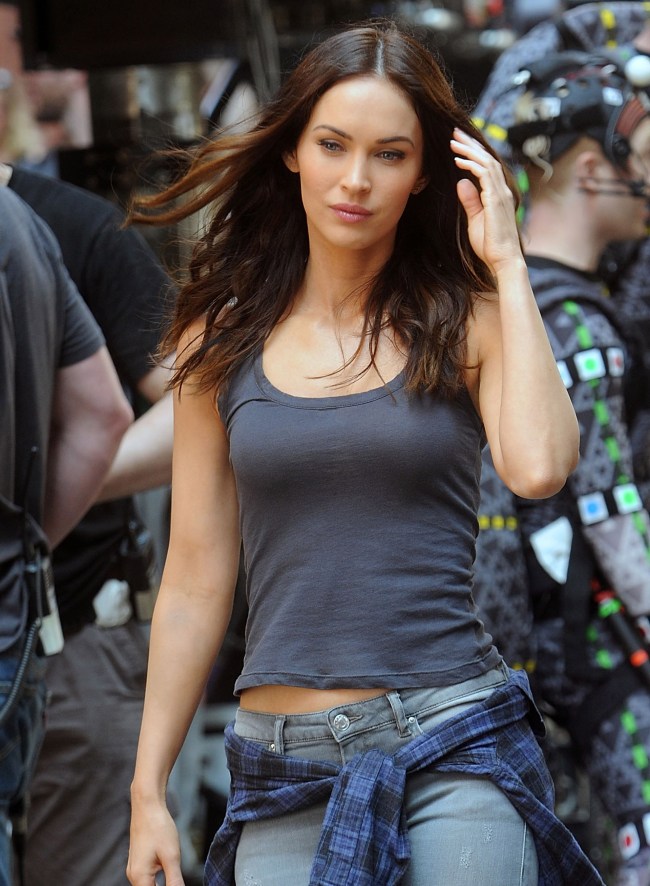 After 16 years together, and numerous threats to break things off, Megan Fox finally, officially, kind of has said she is done with her long-time flame Brian Austin Green and moved on to a new relationship with Machine Gun Kelly.

Granted, Fox is still technically married to Green, but in the short time she’s been with MGK we’ve seen more of her on social media looking happy to be with someone than we’ve seen in, well, ever.

The two seem to be getting pretty serious, swapping lovey dovey posts on Instagram, writing things like “waited for eternity to find you again.”

Achingly Beautiful Boy… My heart is yours 🔪♥️🔪

So, good for them, right?

It seems, if you can believe it, there are some folks out there who just want to see the world burn and ever since her relationship with Machine Gun Kelly became public knowledge Fox says people have been calling her a slut.

“For whatever reason, people are very trigger happy to call me stupid or call me vain or call me a slut, which is crazy. I was in the same relationship for 15 years, you know?” Fox recently told Entertainment Tonight.

“It’s bizarre, this image that gets projected onto me that people have just accepted and that’s lived for over a decade,” the 34-year-old actress continued, “and that I never really did anything to earn in the first place.”

It’s all good though.

“I would never fill my brain with anything trolls have to say,” Fox added.

Fox is currently at work on a film in Bulgaria (which goes against her stated working mom philosophy) and figuring out what life is going to be like after being in self-isolation for so long thanks to the pandemic.

“I’m interested to see what happens once sh*t starts hitting the fan and our feet are to the fire a little bit,” said Fox. “Once it starts getting tough, is everybody going to be as stringent with all the protocols and everything? I’m sure they will be — that’s the requirement. But it’s a weird job. Like, I’m an actor. It’s my job to be in a scene with another actor where I have to touch and kiss that person in the time of COVID crisis.”

Fox added, “My life changed so much during the quarantine. It’s crazy. I’m not somebody who’s ever done well with authority or being restricted by authority, so this has been really challenging for me. It’s taught me a lot of patience, honestly, and I had to surrender. This is something I can’t fight. I had to surrender to it and trust that the universe is carrying me.”

She can currently be seen in the new film Rogue where she plays a soldier named Samantha O’Hara.

Fox also has several other films coming out over the next year or so including Think Like a Dog, with Josh Duhamel, Midnight in the Switchgrass with Bruce Willis, Emile Hirsch and … Machine Gun Kelly, Aurora with Oscar Isaac and Lucy Hale, Till Death, and Big Gold Brick, as well as her continuing work selling her line of lingerie for Frederick’s of Hollywood.