Merriam-Webster, Oxford, And Collins Dictionaries Revealed Their Words Of The Year For 2018 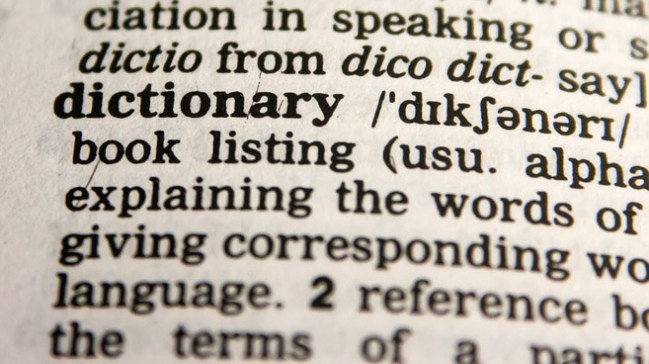 For Merriam-Webster, their selection for the 2018 Word of the Year was “justice.” According to the dictionary, the word justice was looked up by readers 74% more than in 2017.

This year’s news had many stories involving the division within the executive branch of government responsible for the enforcement of laws: the Department of Justice. It’s sometimes referred to simply as “Justice,” including in President Trump’s tweets. Curiosity about the word justice correlated with news stories involving the Justice Department a number of times in 2018, as when the Department reversed its policy of lenient enforcement of marijuana laws, announced its support for a lawsuit against opioid manufacturers, proposed a ban on bump stocks, and began an investigation of Tesla. Of course, the Mueller investigation itself is constantly in the news, and is being carried out through the Justice Department. The term obstruction of justice spiked on August 1, the day that President Trump tweeted his wish for Attorney General Jeff Sessions to stop the Mueller investigation.

Other words to make Merriam-Webster’s shortlist for 2018 Word of the Year were: nationalism, pansexual, lodestar, epiphany, feckless, laurel, pissant, respect, maverick, and excelsior.

The Oxford dictionary went a different route, naming “toxic” their 2018 Word of the Year.

So, why was toxic chosen as Oxford’s Word of the Year?

In 2018, toxic added many strings to its poisoned bow becoming an intoxicating descriptor for the year’s most talked about topics. It is the sheer scope of its application, as found by our research, that made toxic the stand-out choice for the Word of the Year title.

Our data shows that, along with a 45% rise in the number of times it has been looked up on oxforddictionaries.com, over the last year the word toxic has been used in an array of contexts, both in its literal and more metaphorical senses.

As for the Collins dictionary, they went with “a term that describes items whose unchecked proliferation are blamed for damaging the environment and affecting the food chain.”

From plastic bags, bottles and straws to washable nappies, we have become more conscious of how our habits and behaviours can impact the environment.
…
Our records show a four-fold increase in usage of this word since 2013, with news stories and the likes of the BBC’s Blue Planet II raising public awareness of this environmental issue.

Other words to make Collins’ shortlist for 2018 Word of the Year were: backstop, floss, gammon, gaslight, MeToo, plogging, VAR, vegan, and whitewash.