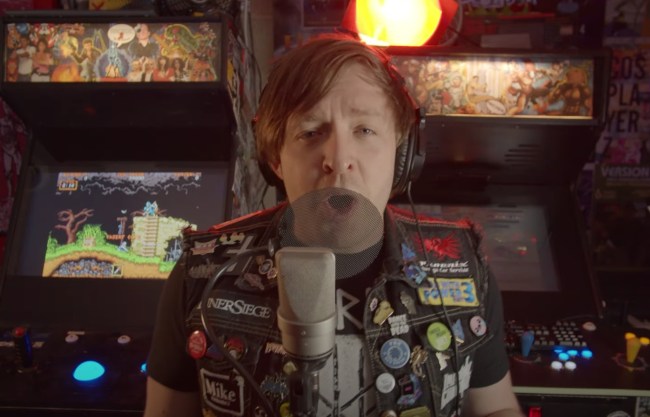 What is up, gentlemen? Everyone good out there today? Good as can be expected, right? That’s the common refrain these days but I’ve got some GASOLINE here that’s about to get you all jacked up.

A buddy texted me this YouTube clip earlier today and a quick Google search leads me to believe he found it on Reddit where the headline adds some perspective to this awesome cover. The headline on Reddit reads ‘My metalhead friend entered a statewide singing competition covering Queen’s “Somebody to Love.” After submitting his video, they canceled the entire competition.’

The video was uploaded to The Lords of the Trident YouTube channel and their Wiki page says they’re a Heavy Metal band from Madison, Wisconsin. I can’t seem to figure out which statewide singing competition in Wisconsin this singer entered but the guy who is singing in the video popped into the comments on Reddit and explained the original competition called for the video to be shot in a single take and I’ve included that video below as well as the one here that’s going viral overnight.

Here’s this entrancing cover of Queen’s ‘Somebody to Love’:

And here’s the original that was filmed in one take:

So after diving through the singer’s comments on Reddit I came across him mentioning that it was ‘supposed to be an online competition because of covid’ but he goes on to say he doesn’t know why the competition was canceled so I’ll stop digging anymore and leave it at that.

I hope you all enjoyed this peculiar cover of Queen’s ‘Somebody to Love’ and it gave you your much-needed music fix of the day. I haven’t been to a live concert in forever. I’ve been getting most of my ‘live music’ fix from Phish’s ‘Dinner and a Movie’ and more recently Trey Anastasio’s ‘The Beacon Jams’ where he puts on live shows on Friday nights now. I miss concerts. I’m almost ready to go stand in a bubble at one of those Flaming Lips concerts if that’s what it takes.