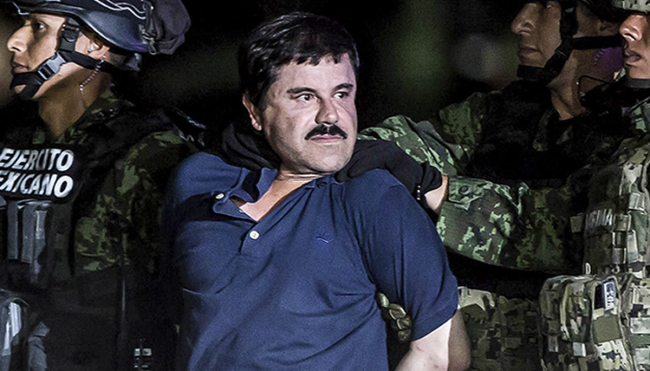 In 2019, the wild saga of Mexican crime boss Joaquín Guzmán (commonly referred to as “El Chapo”) essentially came to an end after he was sentenced to life in prison. The punishment was the result of a high-profile trial held following his extradition to the United States that shed some fascinating light on the ruthless manner in which he ran the Sinaloa Cartel and some fairly lurid details concerning his playboy lifestyle.

Guzmán got his start as a drug smuggler in the 1970s, but he quickly rose up the ranks to become one of the biggest players in the game. He eventually found himself on the radar of law enforcement officials who arrested him in 1995, but he pulled a Pablo Escobar and continued to oversee operations from the prison where he was serving a 20 years sentence before escaping in 2001.

That would spark the start of an epic manhunt that finally came to an end in 2014, which kicked off a complex line of legal proceedings that culminated in him ending up in the supermax prison where he’ll be spending the rest of his days. El Chapo also forfeited more than $12 billion worth of assets as a result, and now, the Mexican government has decided to redistribute some of that wealth.

According to The New York Post, Mexico is organizing a “mega raffle” scheduled for September that will give participants the chance to secure the 22 properties scattered across the country in an addition to a luxury box at Aztec Stadium in the nation’s capital.

The grand prize would appear to be the giant compound where he set up shop in Tlalpan, as the 10,000-square foot estate features nine bedrooms and an indoor pool and sports a market value of around $4 million. The other properties may not be as glamorous, but anyone with a ticket will also get a chance to become the proud new owner of the safehouse featuring a bathtub concealing the hidden tunnel he fled through naked while attempting to escape arrest.

It’s unclear if El Chapo also had a thing for hiding millions of dollars inside the walls of his home like Escobar did, but I guess we’ll find out soon enough.