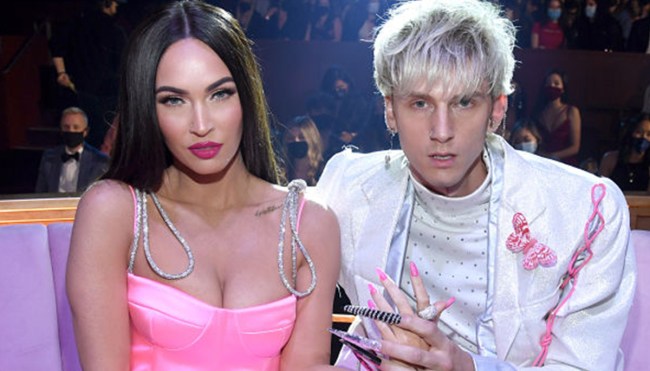 I’m normally not the kind of person who’s super interested in the romantic lives of celebrities, but over the past year, I fell victim to what turned out to be my Achilles’ heel in that particular realm thanks to Megan Fox and Machine Gun Kelly.

The rapper-turned-pop punk rocker and actress informally confirmed they were seeing each other last summer by sucking face at a bar in Los Angeles. However, I didn’t decide I was officially all-in on the relationship until GQ published an interview with Fox in October where she recalled the moment she and MGK initially hit it off, saying:

“I just remember this tall, blond, ghostly creature and I looked up and I was like, ‘You smell like weed.’ He looked down at me and he was like, ‘I am weed.’”

Meet cutes don’t get much better than that.

Now, it appears the two have decided to take things to the next level, as Fox revealed Machine Gun Kelly asked for her hand in marriage earlier this week when the newly-engaged actress uploaded a video of his proposal to Instagram on Wednesday.

The caption that accompanied the post was about as heady as you’d expect if you’ve been paying attention to their burgeoning relationship, but I can’t say I anticipated the wild twist we were treated to at the end when she casually revealed they capped off the celebration by drinking each other’s blood.

Congratulations to Megan Fox and Machine Gun Kelly for having a very, really, truly, incredibly normal one.