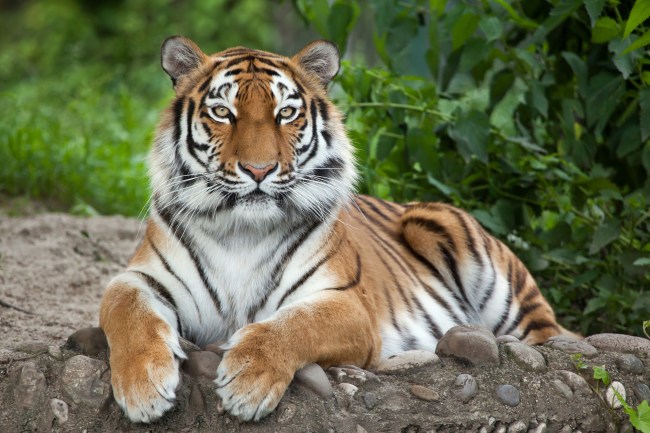 The Christopher Columbus High School senior prom was held last Friday night at a hotel near the Miami International Airport and the ‘Welcome to the Jungle’ theme featured a special guest: a grown ass tiger.

Footage of the tiger being wheeled into prom inside of a cage has been making the rounds. Reactions online range from people claiming animal cruelty to others questioning why anyone would ever bring an apex predator into a loud ass school dance to others thinking it’s absolutely awesome.

The tiger was part of an ensemble of animals that were captured on video. The footage showed the tiger, birds, a lemur, two macaws and an African fennec fox taking center stage at the event.
Afterward, the school stated that the wildlife was overseen the whole time by a Florida-licensed facility.
The school also released a statement to ABC station Local 10 defending the wild animal entertainment.
“The tiger, which was displayed for a few minutes in a cage, was never harmed or in danger, was not forced to perform, was always accompanied by his handlers, and for the great majority of the time, was laying down in a relaxed state, facing away from the audience,” it read. (via)

This sounds infinitely more awesome than my prom, which I barely remember because I’d recently had knee surgery for a torn meniscus and was all hopped up on pain meds. At least if we’d had a tiger show up at my prom I probably would’ve remembered it.

For more on this story, you can visit ABC News’s website.