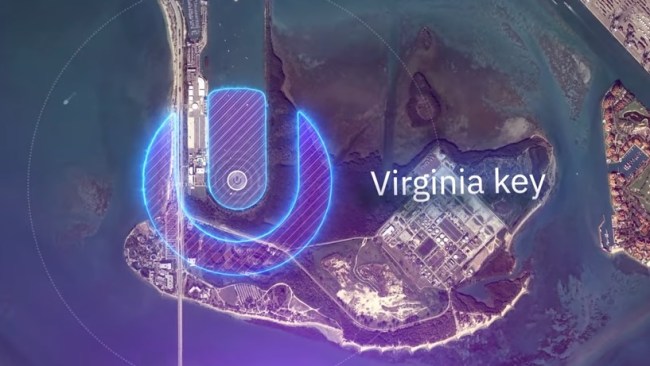 Miami’s Ultra Music Festival is off to a terrible start at the concert’s new home in Virginia Key.

For those who aren’t familiar Ultra was kicked out of their downtown Miami location by the City and forced to relocate. Eventually the City of Miami and festival organizers agreed to hold the event at Miami Marine stadium in Virginia Key.

Unfortunately for festival-goers there is no parking at the stadium and they have to cross three miles across a bridge connecting mainland Miami to Virginia Key and Key Biscayne to attend the event.

#Ultra2019 is one week away. Please make sure to check out all the different transportation hubs @ultra will be offering to get to Virginia Key: https://t.co/RiGuscLyWj. #Miami pic.twitter.com/MuDbVbv6di

Making matters worse, ridesharing services Uber and Lyft announced they would not be picking up festivalgoers from the island through the festival to minimize traffic. Attendees leaving the festival are forced to take shuttle buses provided by Ultra to three mainland hubs

Remember, there will NOT be parking available on Virginia Key for #Ultra2019 attendees.

If you elect to drive to our transit hubs, you may choose to utilize Park & Ride garages at Shuttle Hub A or B.

Of course nothing went according to plan on day one of the festival as tens of thousands of people were left waiting for shuttles at the wee hours of the night.

2+ hrs of waiting for buses to pass by us either full or empty. I might not come back the second day even though i already paid for the ticket. Nobody on charge no barriers no nothing. Wow for my first #Ultra not looking at going next year #Ultra2019 #FyreFestival2 #shitshow pic.twitter.com/eIFjjSh0lG

Only one way off this island at 2am w/ zero transportation. 80k+ people stranded. #Ultra2019 pic.twitter.com/DY5q3ozZJj

Eventually people said “fuck it” and started walking across the bridge.

Tens of thousands of people leaving @Ultra to walk 3 miles across a bridge (blocking traffic) because it was the only realistic option. Cabs weren't running, uber was restricted, and shuttle lines were hours long. Terrible planning! An embarrassment. #ultra2019 #fyrefestival pic.twitter.com/vjoC6fFOd5

Walked an hour and a half over the bridge and are currently waiting for an Uber. We left Ultra at 2am, it is now 4:30am. multiple people are still waiting for their ubers or have decided to walk miles back to their hotels/ rooms. So much for day 1. #Ultra2019

Buses continuing to head toward Virginia Key as walkers make their way across bridge pic.twitter.com/cZ1uU0aS4g

A fire broke out after the event was over and people began to make Fyre Festival comparisons.

Just wanted to share my experience tonight and explain why I won’t be attending day two of Ultra. I’m sure many other people were sadly in similar situations. Completely unacceptable to make people WALK home after transportation was promised. #FyreFestival2 #ultra2019 @ultra pic.twitter.com/CZWXzy5cr7