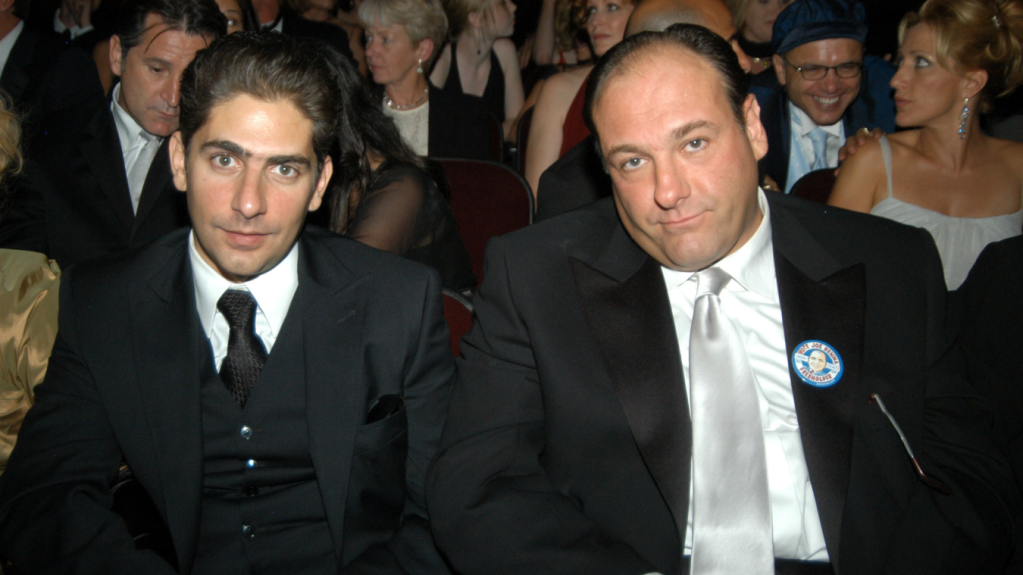 Despite the fact that it has been 5619 days since the series finale of The Sopranos aired on June 10, 2007 we still get new stories from the actors every now and then. Michael Imperioli was a guest on the HBO series Who’s Talking to Chris Wallace and revealed just how disastrous his first day of work was on set.

On a scale of 1-to-10 with 1 being ‘showed up with a sunburn and it messed up my makeup’ to 10 being ’caused the show o be shutdown permanently’ this Michael Imperioli incident was ultimately about a 2 or 3 but at the time he feared it was a 10. During his first day of filming for The Sopranos, Michael Imperioli crashed a car with James Gandolfini as a passenger and watched as the neck of ‘Tony Soprano’ snapped back.

The first day of work, I had to drive him. I didn’t have a driver’s license, you know, but I didn’t tell anybody that because I wanted the job. Because Christopher’s job was to drive Tony. But Michael didn’t know how to drive. But I’m like, well, how hard could it be?”

“I had to drive backwards down the sidewalk with trees on both sides and extras running out of the way. Delivering dialogue to Tony Soprano. Looking forward. I mean, that’s hard to do. Even if you know how to drive which I do now. I did it like four times the fifth time. Boom, right into the tree. The airbags go off, Jim’s head snaps back. It’s my first day I met the guy. There’s smoke, people are running. And I’m like, ‘They’re gonna fire me, man, this is really bad.'”

Michael Imperioli revealed that James Gandolfini had a hilarious response. He says “I look over and he’s laughing hysterically.” It was probably at that moment that Michael Imperioli began to relax just a little bit but that’s still probably the worst possible first day imaginable for a new actor on set, crashing a car with the show’s star as a passenger and watching their neck snap back.

People has an exclusive early clip of Michael Imperioli telling that story to Chris Wallace here if you’d like to watch that video before it hits HBO Max.

Here’s a throwback clip fans of The Sopranos should watch if they haven’t:

Other legendary stories from ‘The Sopranos’ involving James Gandolfini

One of my favorite stories from The Sopranos‘ cast is how James Gandolfini once wrote checks to 16 of his co-stars for $33,000 each after contract negotiations. He didn’t want to upstage any of his co-stars after signing a massive new contract so he paid everyone out.

There’s also this story of James Gandolfini ‘transforming into Tony Soprano‘ for a wounded veteran who he met while visiting the Walter Reed Army Medical Center. The wounded vet was a huge fan of The Sopranos and Gandolfini flipped the switch for him.

Let’s also never forget the time the New York Knicks made a Sopranos short film in an effort to lure LeBron James to come play in NYC.