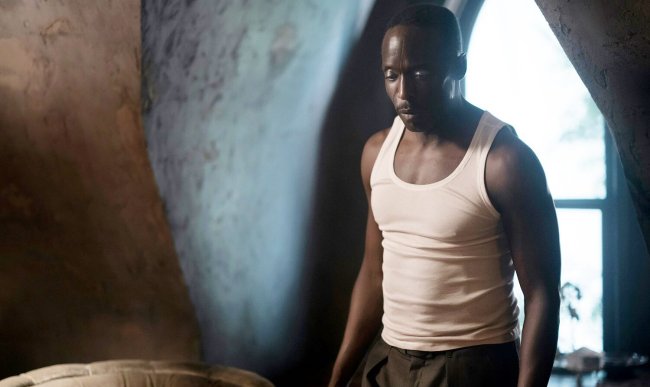 According to The Hollywood Reporter, even prior to his untimely and tragic passing at the age of 54-years-old, beloved character actor Michael K. Williams was “widely expected” to take home his first and long-overdue Emmy Award for Best Supporting Actor in a Drama Series for his performance as Montrose Freeman on HBO’s Lovecraft Country.

Williams was listed as the category’s frontrunner in the most recent edition of THR‘s “Feinberg Forecast” on Aug. 25, and by the majority of GoldDerby‘s prognosticators in their most recent update. The final round of Emmy voting ended at 10 p.m. PST on August 30.

While Williams had been nominated before — he received Emmy nominations for Outstanding Supporting Actor in a Limited Series or Movie nominations for his work in Bessie (2015), The Night Of (2016), and When They See Us (2019) — not only had he never taken home the prize but his iconic work as Omar Little on The Wire was never recognized either. The Wire, in general, was famously snubbed by the Emmys, having only racked up two nominations during its six-year run.

RELATED: Michael K. Williams Showing Anthony Bourdain Around Brooklyn Is A Painful Yet Required Reminder Of What We’ve Lost

Despite his status as the favorite prior to his death, Williams now taking home the prize for Best Supporting Actor feels like a lock as it would also serve as recognition of his two decades of excellent work in the industry.

Our thoughts are with the friends, family, and loved ones of Williams during this difficult time. May he rest in peace.