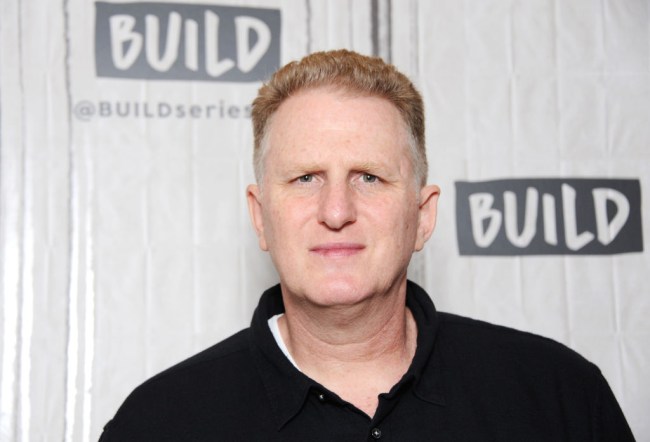 “Any publicity is good publicity” is the mantra Michael Rapaport is fully embracing. Just days after the 48-year-old actor apologized for mocking Pete Davidson in the way of his alarming tweets about his mental health, he now is taking aim at Davidson’s ex-fiancee, Ariana Grande. Kind of ironic a dude who is currently suing a media company for picking on him is out here throwing fireballs at strangers.

Rapaport shared a throwback photo of Ariana Grande to his Twitter, Instagram and Facebook accounts, accompanied it with the caption: “Ariana Grande is 27 acts 12, you take off those boots she hides her legs in, the cat eye make up and the genie pony tale and I think there’s hotter women working the counter at Starbucks no disrespect to Starbucks.”

On his podcast I Am Rapaport, the comedian said:

“When I talk shit on the front line … disrespecting the leader of the free world (people defend me and write), ‘Protect Michael Rapaport at all costs.’

“Then I make a joke about Ariana Grande and I’m offensive.

Reminder, irony: Rapaport’s lawsuit against Barstool Sports claims their employees went after him “not only to harm Mr Rapaport but also to generate ‘traffic’ and publicity” for their website. Notice how Rapaport shouted out to his podcast in the Ariana Grande post to……generate traffic and publicity to his podcast.

It’s only funny to trash on celebs if you’re not a self-serving hypocrite.

I can say ANYTHING about Cockeyed Kellyanne, Laura Ingram,Melania,Ivanka or Candance Owens & you little Hipster Fake Pussy Power Hat Wearing MoFo’s get hype.Elation💦💧💦💧

Oh, he ain’t done. His next victim: Kim Kardashian.

Ok, I giggled. But it sounds like Rapaport needs to have sex with someone.