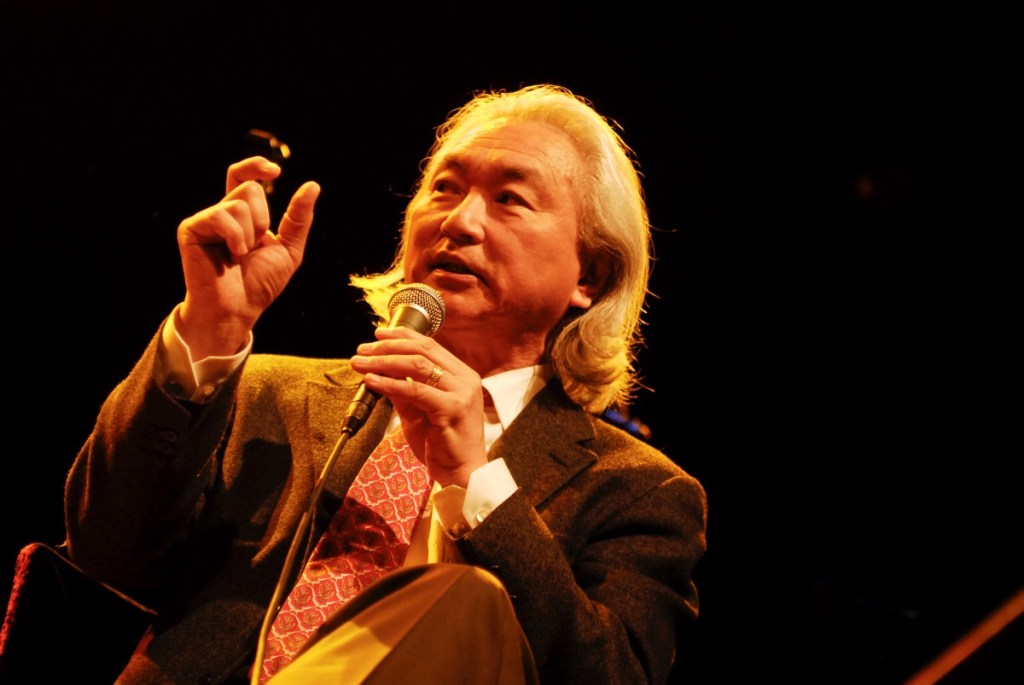 Michio Kaku possesses one of the most brilliant minds on planet earth. He’s a string theorist, theoretical physicist, futurist, professor in NYC, has degrees from Harvard and Cal-Berkeley, is a NYT best-selling author, and he’s just published a new book titled The God Equation. In the new book, he discusses the controversy surrounding the ‘theory of everything’ that would unify the quantum theory and the theory of relativity and merge science into one.

That’s a lot to digest. I’m sure the book is going to be awesome. I’ve already added The God Equation to my cart on Amazon and plan on reading it in the coming months. But we’re here to talk about his comments on aliens.

The 74-year-old spoke with The Guardian for an interview and he was asked about making first contact with aliens and the potential ramifications of that. He believes that humans will make contact with aliens within the next century because we’ll soon have a telescope that enables us to see thousands and thousands of new planets. But he believes it could end in disaster for mankind if we don’t tread lightly:

Soon we’ll have the Webb telescope up in orbit and we’ll have thousands of planets to look at, and that’s why I think the chances are quite high that we may make contact with an alien civilisation.

There are some colleagues of mine that believe we should reach out to them. I think that’s a terrible idea. We all know what happened to Montezuma when he met Cortés in Mexico so many hundreds of years ago.

Now, personally, I think that aliens out there would be friendly but we can’t gamble on it. So I think we will make contact but we should do it very carefully. (via Guardian)

Likening alien contact with a Spanish conquistador savagely murdering 200,000 Aztecs is certainly one way to freak people out about first contact.

I’ve never heard a single brilliant mind get excited about meeting friendly aliens. Ever. It’s always words of caution about how if we’re making contact with aliens there’s probably a bad reason for them coming to visit. Which makes me wonder why humankind on Planet Earth is so hellbent on finding aliens if our only goal is to say hello? My brain functions at like 1/100000th of the power of this guy, but the only reason I can come up with for making contact with aliens is we want to meet them before they meet us because if they’re coming here it might not be because they want to make friends.

We had Neil deGrasse Tyson on BroBible’s Endless Hustle podcast recently where he discussed how ‘interplanetary mingling is a slippery slope‘. You can check out that article and the full podcast episode by clicking that link.

His interview with the Guardian covered A LOT more than just aliens. When asked about how close we are to a unifying theory he said “we actually have the theory but not in its final form” and it now needs to be tested. He ranked the contributions of scientists throughout history with Newton at #1 followed by Einstein piggybacking off that work. He also discussed how other scientists will receive his book and the overall perception of a unifying theory. It’s all pretty fascinating.

If you want to purchase the new book, The God Equation: The Quest for a Theory of Everything, you can just click that link and head on over to Amazon.