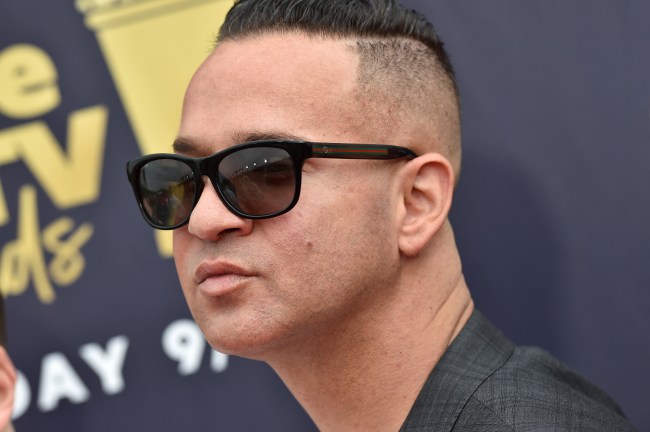 “A castle behind bars” is what they call Otisville Federal Correctional Institution, the New York prison that Mike “The Situation” Sorrentino currently calls home for participating in a tax evasion scheme.

The minimum-security prison is the prison-of-choice for people convicted of white collar crimes and in 2009, Forbes Magazine named it one of “America’s 10 cushiest prisons.” Bernie Madoff’s lawyer requested he serve his time at Otisville after being convicted of running a Ponzi scheme, and in the movie Wall Street: Money Never Sleeps, Gordon Gekko gets locked up for insider trading at the “Otis” federal prison.

The Situation’s Jersey Shore co-star, Nicole “Snooki” Polizzi recently told E! News that Sitch is “having the time of his life” at Otisville.

According to MSN, Otisville’s detention center, which houses 722 of the 840 inmates, begins its daily schedule at 6 a.m. with wake-up call and the day consists of meals, work calls, unit sanitation and leisure time activities. Lights out at 11:30 pm.

The adjacent minimum-security satellite camp, which houses the remainder of the 118 inmates, has an even chiller schedule and many more amenities–such as weights, cardio equipment, bocce ball, horseshoes, a basketball court, handball court, tennis area, baseball field, and running and walking areas.

Most inmates at the prison are Jewish, many of them orthodox and Hasidic, and there is no better prison in the country for people of Jewish faith. The prison boasts a full-time Hasidic chaplain who oversees a congregation of Jewish inmates, kosher meals, religious classes and weekly Shabbat services. This may be the reason why Michael Cohen, President Trump’s former lawyer, requested this prison after being sentenced for three years on fraud charges.

The Situation began his sentence on January 15 and will be out in the fall.

If he even wants to.