Mike Tyson Responds To Allegations He Robbed Mother Of Wu-Tang Rapper: ‘When He Sees Me, Tell Him To Ask For The Money’ 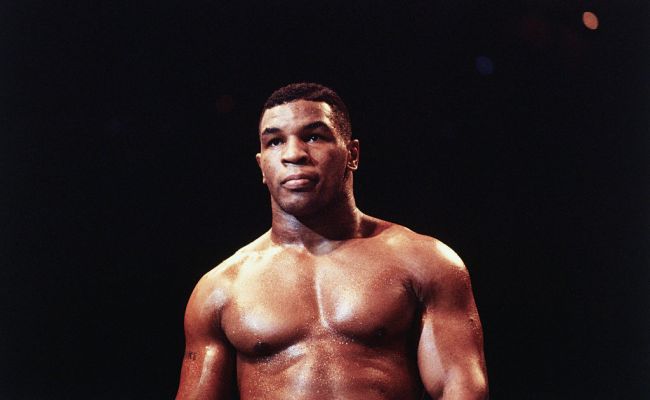 Mike Tyson has been blatantly open about his criminal past when he was young. Now, decades later after his misguided youth, one of Tyson’s victims has come forward – the mother of a Wu-Tang rapper.

Tyson grew up in New York’s crime-infested Brownsville neighborhood in Brooklyn during the 1970s. The former heavyweight champion boxer admitted that when he was 10-years-old, he would rob his own teachers and then go to school.

“It wasn’t that I was stupid, but I would always rob the teachers, rob people in my class … and they’d say this guy is robbing me, and he comes to school the next day,” Tyson revealed on his Hotboxin’ podcast. “The teacher’s looking at me, ‘What the f***?’ One minute she’s calling the police on the phone… ‘What the f*** is he doing here, he just took my wallet, and he’s back in class the next day?'”

As a young boy, Tyson was bullied over his high-pitched voice and his lisp. Tyson dropped out of school and got mixed up in the wrong crowd.

“Everyone was kicking the sh*t out of me in school, so I had to stop going to school,” Tyson reminisced in a 2016 interview with Graham Bensinger. “I started crime.”

“You can’t go to school no more, you can’t get an education, you go to crime,” Tyson explained. “You hang around some guys that you figure may protect you, stop guys from bothering you, but they teach you crime, they teach you why the other guys don’t bother them and why they’re tough and stuff.”

During an appearance on the IMPAULSIVE podcast, Tyson revealed details about his troubled childhood and how his mother did the best she could with the difficult situation.

“I didn’t want to let my mother down,” Tyson told Logan Paul last month. “My mother really did a lot. Always going to police stations to get my ass out. She would beat my ass so bad, in front of the police. I’ve been arrested 40 times before I was 12. My mother was so humble and proud and I was arrogant.”

One of the alleged crimes that a young Mike Tyson committed was stealing earrings from a woman. The victim of the robbery just so happened to be the mother of U-God, the Wu-Tang Clan rapper, and he says he witnessed the crime himself.

Lamont Jody Hawkins, better known as U-God from the Wu-Tang Clan, revealed that Tyson ran up on his mother and stole her earrings right from her ears.

“Yeah, that’s what my mother said, but you know, it is what it is man,” U-God said during a 2019 interview with VLAD TV. “He knows what time it is, man. I can’t really talk about it. If I see him, he’s gonna be laughing.”

U-God said he was there when Tyson robbed his mother, but he was too young to do anything. “I was a baby man, I was probably like, about eight years old,” U-God told DJ Vlad. “Eight, nine years old, man.”

During a VLAD TV interview from November, Iron Mike recalled his turbulent youth in Brownsville.

“It’s bad stuff, it’s really bad stuff,” Tyson of the rough-and-tumble neighborhood. “People tying people up and doing bad things to them over drugs and stuff. To their family members, just real bad stuff that you don’t even want to mention. Anything you can think of someone did to abuse a human being, they did it there.”

“Well, his name is U-God?” Tyson asked, and then tried to make things right, “Well you tell U-God I got the money to pay him back now, so when he sees me, tell him to ask for the money and I’ll give it to him.”

Tyson then said, “If I snatch your mother’s earrings, that means you have more money than me.”