Mike’s Hard Freeze Review: A Nostalgic Taste Of The Future Of Boozy Drinks 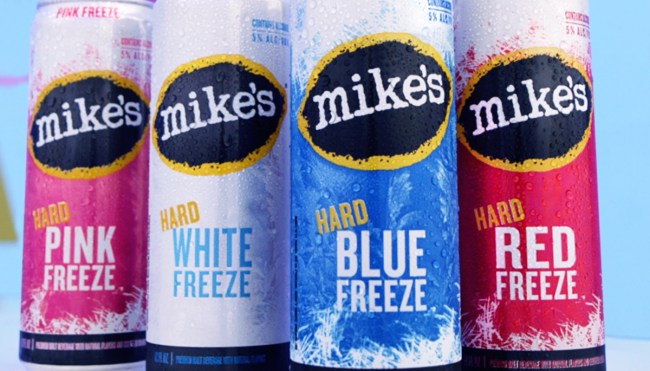 We’re slowly but surely closing in on the third anniversary of The Summer of White Claw, which served as the catalyst for the battle for hard seltzer supremacy that has gradually faded in ferocity but rages to this day.

New brands are still popping up as they deploy a wide variety of strategies and continue to fight for the tastebuds of consumers who’ve developed a predilection for drinks in that particular category with things like “new and improved” formulas and variety packs boasting flavors that toe the line between “innovative” and “desperate.”

When the hard seltzer craze first swept the globe, it seemed like there was a chance it would be just another boozy fad. By this point, it’s clear that it’s here to stay, but the combination of an impossibly saturated market and the tired palates of drinkers has resulted in an increasingly pressing question: where do we go from here?

Plenty of companies have attempted to provide an answer in the hopes of being responsible for The Next Big Thing, whether it comes in the form of Hard Mountain Dew or the Finnish staple known as “long drink” (which, for my money, should be viewed as a top contender when it comes to the most worth successors).

Now, Mike’s Hard Lemonade has thrown its hat into the ring with an approach that suggests the future of adult beverages could be…the past.

The brand previously released what remains one of the best twists on hard seltzer I’ve tried over the past few years, and I recently got the chance to make my way through the four flavors that make up the lineup of what’s been dubbed “Mike’s Hard Freeze.”

Mike’s Hard Freeze is a nice respite from most of the canned beverages that have flooded shelves over that span, as it is decidedly not a hard seltzer; yes, it’s a fizzy, malt-based drink that clocks in at 5% ABV and comes packaged in slim 12 oz. can, but that’s really where the similarities end.

Here’s what you can expect from this welcome departure from what’s become the norm. 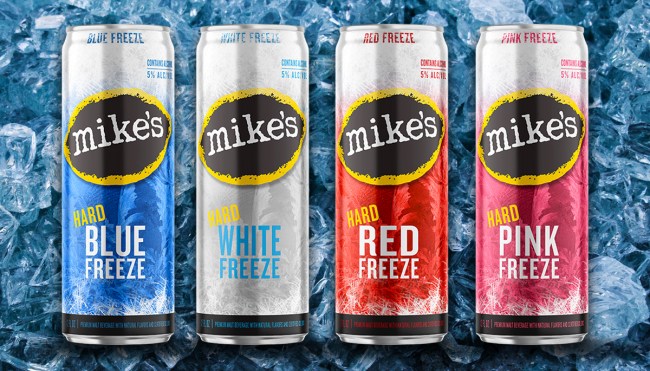 The “Freeze” in question here is a reference to the slushies that most people associate with convenience stores and movie theaters, with each of the flavors paying tribute to the ones you likely knew and loved growing up (and maybe still do).

As alluded to above, the most appealing aspect of these offerings is that they don’t even attempt to pretend to be a hard seltzer; sure, they might pack more sugar and calories than a can of fizzy water masquerading as a “hard soda,” but they also pack infinitely more flavor than any of them and avoid the essence of sadness you usually encounter when you open a can of those imposters.

The names of each of the flavors also call to mind Dave Chappelle’s classic bit about ‘purple stuff.” Mike’s decision to opt for colors instead of trying to describe their taste with a list of fruits was actually a brilliant move; as dumb as it may sound, every single one tastes more like a color than anything else.

Pink Freeze is the most straightforward offering of the bunch, as it’s basically pink lemonade in a can (it’s worth noting all of the varieties use some of Mike’s signature citrus essence as a base). Blue Freeze, on the other hand, is basically a liquid version of a Jolly Rancher of the same color, while Red Freeze is a delightful balance of cherry and berry that is the epitome of “red.”

White Freeze was the biggest mystery of all and will likely be the most polarizing. It lives up to the promise of the “creamsicle” flavor it was designed to mimic, but the requisite vanilla may be a bit too much.

The very nature of Mike’s Hard Freeze will make it difficult for it to achieve Next Big Thing status; it’s not overly sweet or excessively filling, but its inherent boldness (especially when compared to some more quaffable options) means you’ll probably enjoy it in moderation by default.

With that said, if you’re looking to switch things up, it’s a pretty solid way to bring some variation into your rotation.