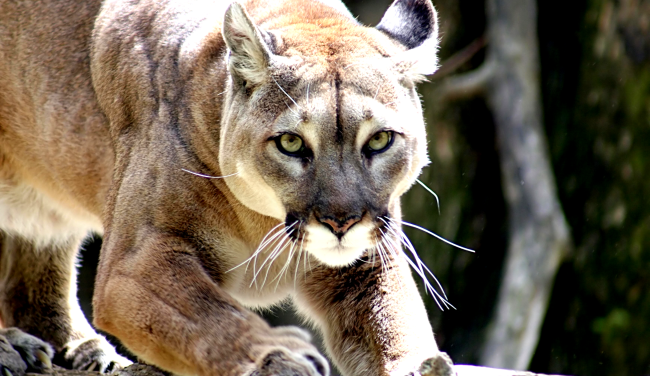 People will go to very extreme lengths to protect those that they love. Even if it means going after a wild animal like a bear, a bobcat, or even a mountain lion.

Such is the case with a Calabasas, California mom who went after a mountain lion with her bare hands, punching and striking the wild animal after it had attacked her son and dragged him nearly 45 yards across his home’s front lawn.

“The commotion caused by the attack and the boy’s screaming alerted the mom who was inside. She ran outside and immediately started striking and punching at the lion and managed to fend the lion off her son,” Capt. Patrick Foy, a spokesman with the California Department of Fish and Wildlife told CBS Los Angeles. “This mom’s an absolute hero who saved her son’s life, there’s no question about it.”

The boy’s parents transported him to a local children’s hospital where he was treated for traumatic, but not life-threatening, injuries to his head and upper torso.

Once at the hospital, the parents notified authorities about the mountain lion attack.

When wildlife officer Lt. Jacob Coombs arrived on the scene he encountered a mountain lion crouching in the bushes with its “ears back and hissing” at him, said Foy.

Related: A Mountain Lion Had To Be Removed From A Family’s Crawl Space, So That’s A Thing That Can Happen

“Due to its behavior and proximity to the attack, the warden believed it was likely the attacking lion and to protect public safety shot and killed it on site,” California Department of Fish and Wildlife (CDFW) said in a statement.

“Approximately 20 minutes after he shot the mountain lion, two more mountain lions appeared. One was a full-grown adult with a radio collar around its neck. The other was a smaller mountain lion about the same 65-lb. size as the dispatched lion. After confirming with the boy’s mother that the attacking lion did not have a collar, the wildlife officer used a non-lethal tranquilizing rifle to capture the other non-collared lion.

“DNA samples from the dispatched lion, the tranquilized lion and the child were collected and sent to CDFW’s Wildlife Forensics Laboratory in Sacramento. Wildlife Forensics Scientists analyzed samples from underneath the claws of the suspect lion carcass and isolated traces of human tissue and blood with a DNA profile that matched the young victim.”

The dead mountain lion’s DNA was also discovered on the boy’s shirt.

Experts told CBS Los Angeles the attack might have occurred because the boy was small and the mountain lion, which was believed to be a kitten born less than one year ago, was still trying to learn how to hunt for food and fend for themselves.

“There is much angst with people who are furious that we killed the mountain lion responsible for attacking that boy,” Foy told the Los Angeles Times, but Foy says he made the right decision.

“It was trying to kill and eat that child, unfortunately,” said Foy. “Many members of the public don’t want to ever think of a human being as a prey item. It does happen sometimes.”

This was the first reported attack of a human by a mountain lion in the Santa Monica mountains in over 20 years.