A Mountain Lion Had To Be Removed From A Family’s Crawl Space, So That’s A Thing That Can Happen 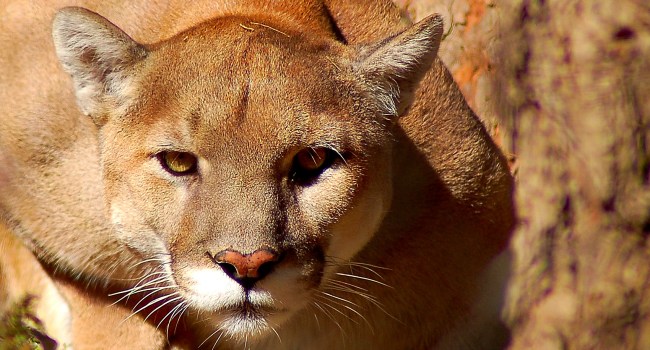 As if people didn’t have enough to worry about these days without freaking mountain lions deciding to hole up in the crawl space of their house.

Though it’s not like these people didn’t have any warning. This mountain lion spent FOUR DAYS just bumping around the town of Monrovia in California before someone decided that it might be a good idea to capture it on Thursday.

According to NBC Los Angeles…

Monrovia police and California Department of Fish and Wildlife agents responded to the foothill neighborhood at the base of the San Gabriel Mountains. The big cat was under the house Wednesday night before coming out and walking down a street.

The mountain lion was first reported over the weekend in the 800 block of West Olive Avenue and the 600 block of South Monterey Avenue.

Residents were warned not to leave pets and small children unattended when they’re outside.

Four days. It took them four days to capture this cat.

I guess this is like a normal thing for people who live in that area of the country? Just a week ago another mountain lion was captured in the Mission Bay neighborhood near Oracle Park in San Francisco.

Oh yeah, that was after the big cat is believed to have murdered three marsupials at the local zoo.

NBC Los Angeles added in their report, the California Department of Fish and Wildlife “receives hundreds of reports each year about mountain lions killing pets and livestock.”