China Is Breeding Gargantuan Pigs The Size Of Polar Bears 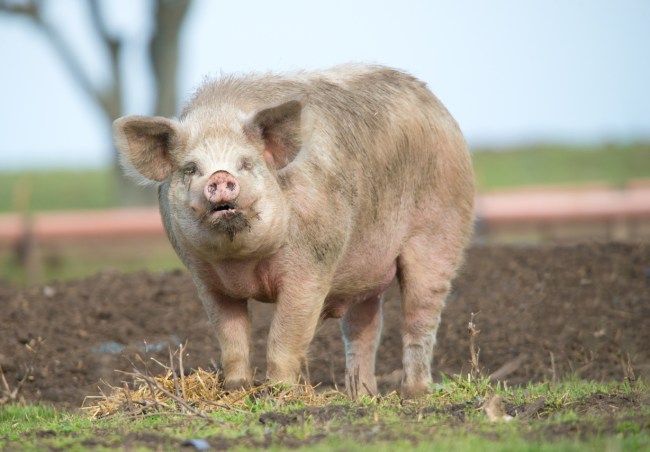 Everything is bigger in Texas, but everything is more gargantuan in China. Pork prices have soared in China, so what does China do — genetically alter pigs to they are the size of polar bears, of course.

China has created gargantuan pigs, weighing in as much as 1,102 pounds. To give you an idea of how massive it is, the average male polar bear weighs in at 990 pounds. These big pigs mean big money as these behemoth swine can bring in as much as $1,400, which is three times the average monthly disposable income in the Guangxi province. What an absolute unit.

Look at that beast? That gloriously fatty, bacon-y beast.

African swine fever has decimated the nation’s hog herd by half. This has caused a pork shortage of 10 million tons this year. So you make the pigs gigantic to increase profits. Duh. Who cares about the ramifications about genetically altering the DNA of pigs and the disastrous effects it could have on humans consuming the laboratory-created livestock.

According to Bloomberg, some of China’s largest livestock companies such as Wens Foodstuffs Group Co, Cofco Meat Holdings Ltd., and Beijing Dabeinong Technology Group Co. say “they are trying to increase the average weight of their pigs by at least 14%.”

I’m all for anything that makes for more bacon, spare ribs, and pork belly.

Who would win a fight: giant pig or giant rooster?

Am I the only person wondering why this chicken is so damn big 🤔🤔🤔 pic.twitter.com/ZIWmEL2h2w