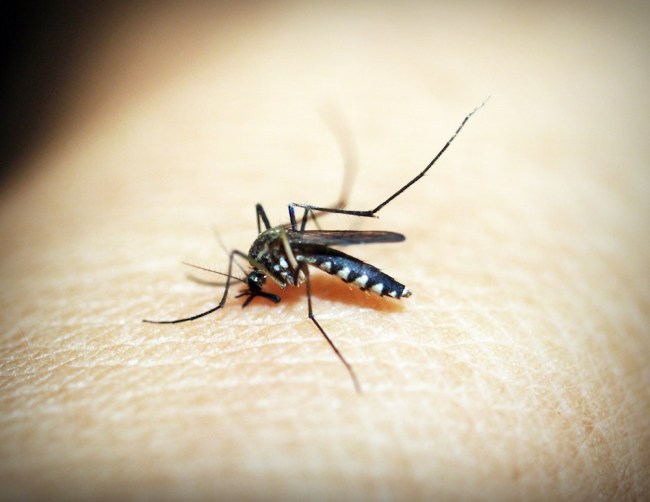 2020 is officially turning into the book of Revelations. Every time humans turn around, another apocalyptic-like problem appears.

Coronavirus, murder hornets, extreme summer heat, and now, because those weren’t awful enough, a possible mosquito-borne illness with an insane kill rate and no cure.

OneZero tells the story of brothers Keith and Scott Mosman, Massachusetts natives who spent their summers roaming around the swamps behind their house. The two men grew up, still worked outdoors in their hometown, and were accustomed to being bitten by mosquitos during the warmer months.

Then in 2019, Scott fell violently ill from an unknown virus.

On the first Friday of September 2019, Keith received an urgent call from Scott’s girlfriend. His brother had, without warning, collapsed on the floor in a violent seizure, foaming at the mouth. Paramedics had taken him to the ICU at Morton Hospital in Taunton, Massachusetts, where medical staff stabilized him but could not figure out what was causing his rapid deterioration.

Two days later, Scott was transferred via helicopter to Rhode Island Hospital, where an MRI scan revealed inflammation of the brain. Doctors performed a spinal tap and sent the sample to a lab for testing. Around one week later, a specialist delivered the diagnosis: Scott had contracted the eastern equine encephalitis (EEE) virus, which caused a severe brain infection.

Doctors traced the issue back to a mosquito bite and the deadly EEE (Eastern Equine Encephalitis) virus.

Massachusetts was right in the middle of its worst EEE outbreak in a century. There is no vaccine or known treatment for the virus, and the infection “is around 400 times deadlier than the flu.”

While a transmission is rare, OneZero reports that “those contract EEE will die approximately 40% of the time, and those who survive often suffer neurological impairment for years to come.”

The CDC reports that only a few cases occur in the U.S. every year, mostly in the eastern or Gulf states. But 2019 saw the largest number of human cases since the CDC began recording the numbers.

EEE symptoms typically begin like the common flu – fever, chills, and joint and muscle pain. If the illness gets more serious, the symptoms can evolve into a severe headache, high fever, vomiting, diarrhea, disorientation, convulsions and seizures, and even coma.

Unfortunately, Scott passed away a month later, even after showing signs of improvement.

Read the entire story of the Mosman brothers and OneZero’s comprehensive report on the EEE virus here.