U.S. Will Have A ‘Hotter-Than-Average’ Summer Because We Truly Are Living In Hell 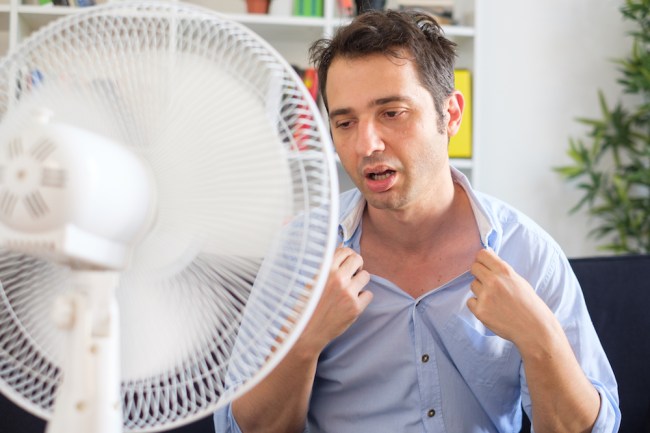 Are you ready for a “hotter-than-average” summer? Well too bad, it’s coming, according to The Weather Channel.

Temperatures will be much above average from eastern Washington and eastern Oregon into Idaho, western Montana, western Wyoming, northern Utah and northeastern Nevada this summer.

Areas from the Gulf Coast into the Midwest and upper Mississippi Valley, as well as in Southern California, southern Nevada and southwestern Arizona, may have temperatures near average or slightly warmer during the summer months.

For those in the audience who enjoy maps, here’s a breakdown of the states who will need to stock up on baby powder for their balls.

A hotter-than-average summer is anticipated across much of the Lower 48: https://t.co/UMfVHpj02a pic.twitter.com/003UHBCJfJ

The summer of hell probably should shock people – 2020 kicked off with the warmest January in 141 years – even though the Farmer’s Almanac warned of a “polar coaster” for most of the country.

Men’s Health warns everyone of the possibility that the summer of 2020 might be the hottest ever and they’ve got data to back up the claim.

Karin Gleason, a climatologist with the National Centers for Environmental Information (NCEI), told The New York Times that they’re “virtually certain that 2020 will rank top 10 years on record,” she said.

In fact, one NCEI analysis concluded that 2020 has a 49% chance of being the warmest year ever, and a 98% chance that it will rank among the top five ever recorded.

For those searching for a silver lining of sorts, the hot weather might not be that big of a deal for most of the country, since many states will still be in lockdown for the foreseeable future.

[via The Weather Channel]