New Study Reveals The Most Popular Halloween Episodes In America, Mapped Out By State 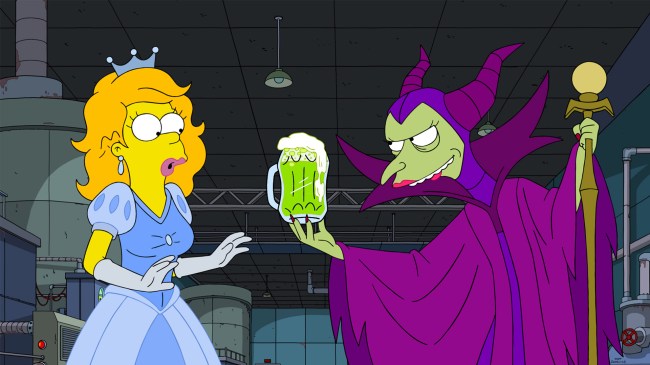 One of the best things about the month of October is all of the scary movies and special episodes of our favorite TV shows that are released.

In fact, some of the best episodes of our favorite TV series are those very same Halloween episodes.

With that in mind, which TV show’s Halloween episodes are the most popular this time of year?

The folks over at USDish, an authorized reseller of Dish, decided to try and find out which TV shows have the most popular Halloween episodes.

To do so, the team over at USDish looked at the top 15 episodes on IMDb that were tagged “Halloween,” produced between 1990 and 2020, had over 1,500 votes, and had a rating of 7.5 or higher. From there, they gathered each episode’s premiere viewership in the TV by the Numbers archive and ranked the shows from most to least popular based on viewership.

To find out each state’s most popular Halloween episodes, they looked at Google Trends data from October 1 to October 30, 2020 to find which show had the greatest search volume in each state.

What they discovered may surprise some of you.

• Although The Simpsons had 10 out of 15 Halloween episodes on the list, Friends was still the most Googled show in the most states during October.
• Like Friends, Stranger Things only had one Halloween episode, but it was the second most searched show in October. 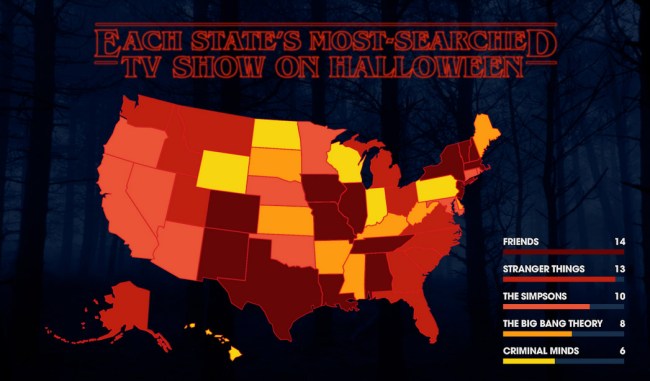 Related: 2021’s Map Of Each State’s Favorite Halloween Candy Still Has Circus Peanuts On It?!

• The premiere of the “Treehouse of Horror” episode of The Simpsons, which first aired 31 years ago, had the most views at 27.4 million.
• Friends’ “The One with the Halloween Party” episode was the runner-up with just under 27 million views. 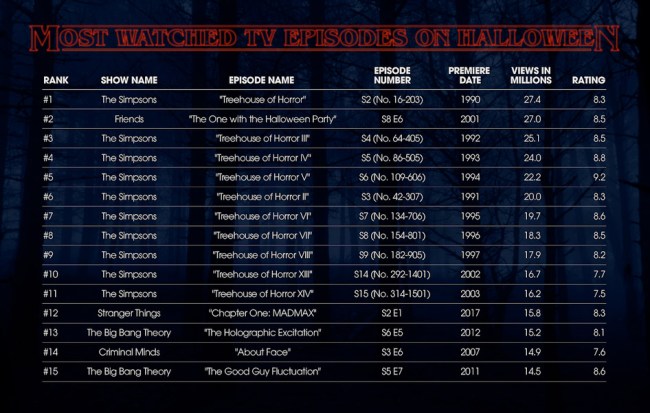