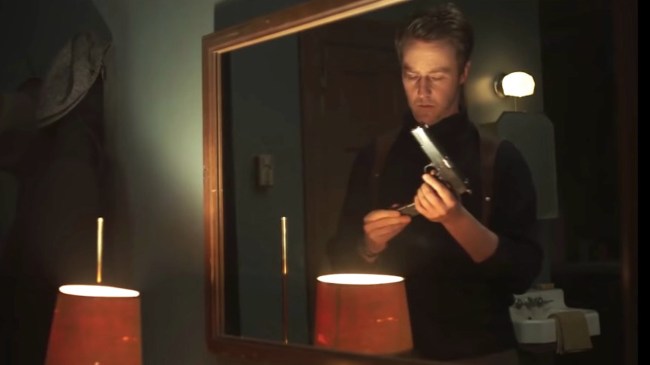 Hey! You there! Yes, you! Y’all remember Ed Norton?! The guy from all those legitimately excellent movies from the last quarter of a century? You know, Fight Club, American History X, The Illusionist, The Italian Job, Birdman, The Grand Budapest Hotel (oh, and also The Incredible Hulk, but similar to Marvel Studios, we try forget about that one)? Yeah, that guy!

Well, guess what folks: not only is ole Slick Eddy Norts making a return to the acting game (while he popped up in Alita: Battle Angel, he hasn’t starred in a live-action role since 2016’s awful Will Smith vehicle Collateral Beauty), he’s taken a seat into the director’s chair, too, as Motherless Brooklyn is set to drop later this year.

Based on the 1999 Johnathan Lethem novel of the same name, Motherless Brooklyn is about “a lonely private detective afflicted with Tourette’s syndrome tries to solve the murder of his mentor and only friend.”

And despite the fact that it’s been a few years since we’ve seen Norton in a starring role, our boy looks like he hasn’t lost a step at all, as his portrayal of Lionel Essrog certainly seems to be one that will be in the award season discussion. Norton is already a three-time nominee, after all.

Motherless Brooklyn will be released in theaters in the United States on Friday, November 1.