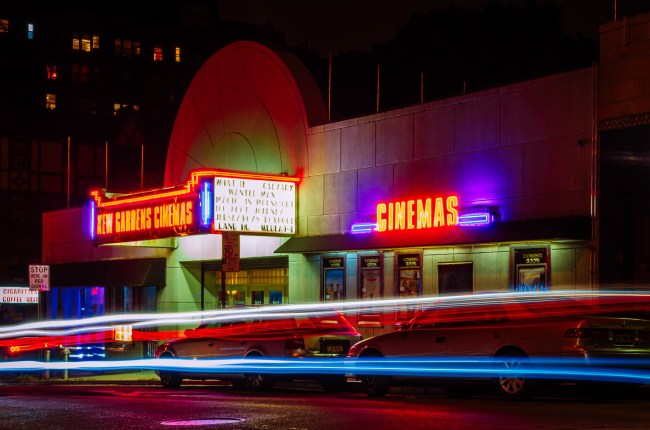 I’ve seen plenty of falls from grace in my time, but I don’t know if I recall any that were more sudden and violent than that of MoviePass, the Rickety Cricket of subscription services that never should have made it to the point that it did before everything started to crumble apart in its fingers.

When I first heard about MoviePass, I figured it was too good to be true— the modern day equivalent of the guy in a funny suit yelling about how the government will give you money to pay your bills.

I’ve never felt like more of a criminal than when I successfully used the app for the first time and wondered how it could possibly be sustainable if all you had to do was see a single movie a month to get your money’s worth.

I guess we found out the answer to that question a little while ago.

It was clear something was amiss when MoviePass announced it would be pulling an Uber and instituting surge pricing, which immediately blew up in their face.

Things didn’t get much better from there and the service has only continued to institute more restrictions that have pushed a significant number of customers to cancel their plan— or at least attempt to.

I cancelled MoviePass two weeks ago and it … didn’t cancel? Now I’m active again (unbeknownst to me) and when I went to cancel AGAIN… pic.twitter.com/VvdYpWk1A7

According to Vox, a number of users who were under the impression they canceled their subscription have discovered that wasn’t actually the case, as it appears MoviePass’ newest money-making strategy is “make it virtually impossible to cancel.”

It appears that if you return to the app after canceling, you’ll receive a message about the details of the plan MoviePass will be offering going forward. 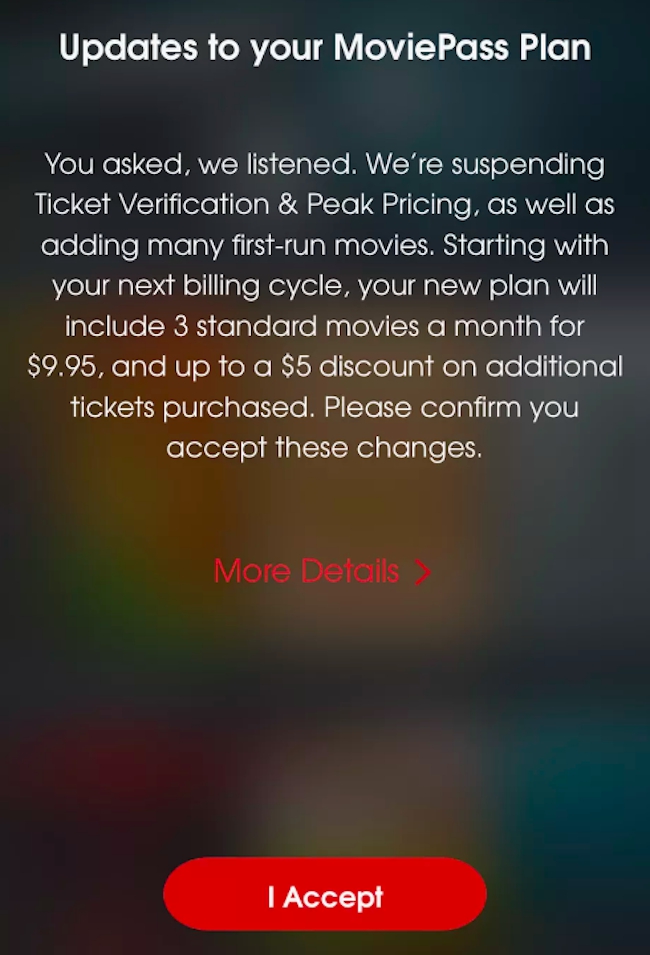 DO NOT ACCEPT! DO! NOT! ACCEPT!

Doing so will re-enroll you in the recently-neutered service and give you a headache you didn’t need.

Anyone who uses @MoviePass please pay close attention to the latest email.If you cancelled your account but opened the app and accidentally opted in. You WILL BE CHARGED NEXT MONTH. pic.twitter.com/LZiGcvMa9B

That sounds like a good and reputable thing a reputable company in a good place would do.