Mr. Feeny From ‘Boy Meets World’ Is 91 Years Old And Scaring Off Burglars 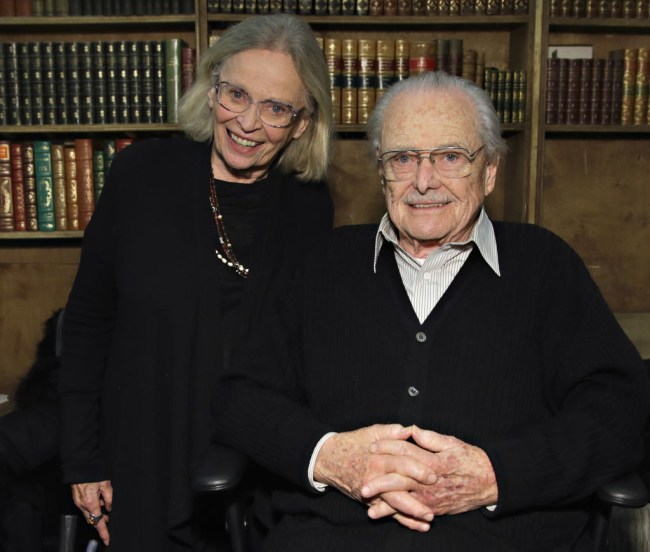 William Daniels, the actor who plays Mr. Feeny on Boy Meets World, thwarted an attempted burglary at his home in San Fernando Valley, TMZ reports. Feeny and his wife, actress Bonnie Bartlett, 89, were at their California home when a potential intruder attempted to kick down Feeny’s back door at 9:20 pm on Saturday.

Feeny sprung into action and Stone Cold Stunner’ed the bastard into unconsciousness. Just kidding. The dude is 91. He just turned the lights on and the bitch ass burglar fled.

Feen-dog didn’t pull any spectacular stunt to fend off the criminal, but at the very least, this post should inform you that Mr. Feeny is alive, well, and thriving. He and his wife have been married almost 70 YEARS and seem to have a pleasant little life in the Los Angeles metropolitan area.

Aside from being the voice of reason for a decade in Boy Meets World, Feeny also won two Emmys for his regular role on St Elsewhere and was the president of the Screen Actors Guild from 1999 to 2001.

Feeny holds a special place in my heart. Boy Meets World was appointment television for me as a kid, and I can all but guarantee this burglar was younger than 21 years old, because no self-respecting human who grew up in the 90s would dare fuck with a legend.

Now please enjoy this compilation of Feeny’s best lessons through the years.