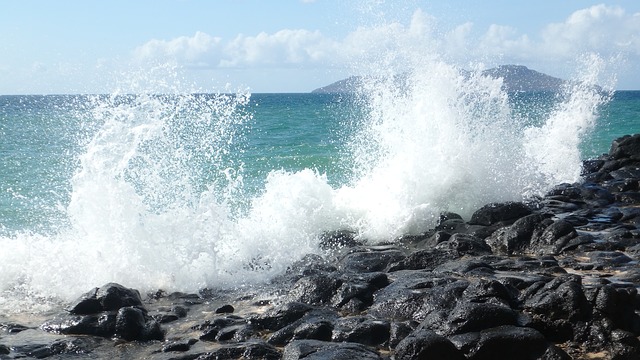 On November 11th, the planet shook for about 30 minutes, yet not a single human being felt it. At approximately 9:30 UT, a seismic event happened approximately 15 miles off Mayotte, a French island located off Africa’s southeast coast.

The seismic waves from the area near Madagascar and Mozambique set off seismographs at stations in Zambia, Kenya, and Ethiopia. The waves were said to have traveled 900 mph and within 40 minutes the seismic waves reached Great Britain and within an hour and 15 minutes it reached Hawaii, which is more than 11,000 miles from Mayotte. The crazy part is that scientists aren’t really sure what caused the entire world to rumble.

Scientists are still attempting to understand what exactly happened in the Indian Ocean near Mayotte. “I don’t think I’ve seen anything like it,” Columbia University seismologist Göran Ekström told National Geographic. “It doesn’t mean that, in the end, the cause of them is that exotic.”

This is a most odd and unusual seismic signal.
Recorded at Kilima Mbogo, Kenya …#earthquakehttps://t.co/GIHQWSXShd pic.twitter.com/FTSpNVTJ9B

Geologists point out that earthquakes typically only last for about 10 to 30 seconds and are followed by aftershocks. Earthquakes also release high-frequency seismic waves that vibrate back and forth and from side to side. However, Stephen Hicks, a seismologist at the University of Southampton, reveals that this seismic event was not like an earthquake. “This source was completely deficient in those waves,” said Hicks. “It wasn’t picked up because the signal had a very low-frequency. It was a low, gentle rumbling.”

This mysterious seismic event lasted for 30 minutes and had a low-frequency that rumbled across the entire planet. The newest seismic event was deemed to have monochromatic waves, whereas most earthquakes emit waves in multiple different frequencies.

Scientists don’t know exactly what caused this bizarre rumbling, but they have one theory what caused this disruption. Geologists hypothesize that there is a massive magmatic movement underground. The magma body that is believed to be a cubic mile in size is making its way to the surface. During the magma rise to the surface, the subaquatic magma chamber that was 10 miles under the seafloor collapsed, causing a “slow earthquake.”

Here is an explanation of the seismic event.