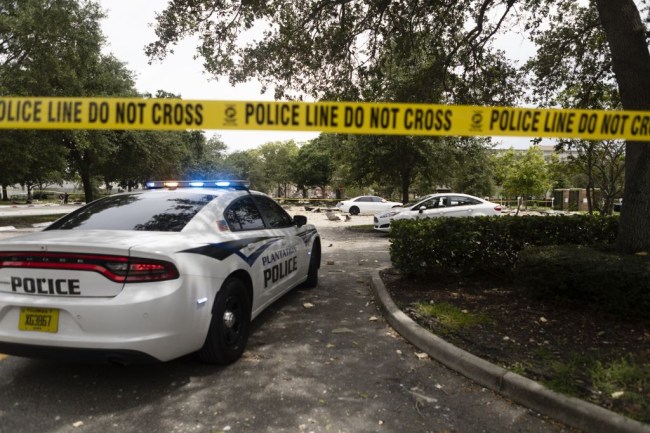 Another day, another Florida man news story. The insanity of Florida man is as consistent as the sun is hot.

In the latest addition to the never-ending story of Florida man, we have a naked man in Fort Lauderdale being arrested and charged with manslaughter after police say he beat a peeping tom to death.

Thirty-year-old Victor Vickery – quite the name – was naked and getting busy with his girlfriend – Samantha Hobi – at her house in Fort Lauderdale when all of a sudden they noticed a guy by the name of Asaad Akar was watching them through the window.

Naturally, Vickery was pretty mad about the situation. Unnaturally, he ran outside butt-ass naked and beat the man to death, according to Newsweek.

According to the report, Vickery’s girlfriend had mentioned to him that someone kept watching her through her windows and he lurked outside of her home. Hobi said she had made multiple calls to the police about the man outside of her home, but clearly, that didn’t keep the man away.

On the particular night of the beating death, Vickery and Hobi say they were in bed when they heard a scratching noise outside. Police say Vickery ran outside the house barefoot and naked and found Akar standing underneath the bedroom window with his penis out.

The two got into a fight for several minutes while Hobi called the police, who could hear Hobi saying, “Tori, stop. Tori, that’s enough.”

Although Vickery told police he just kicked Akar once and did nothing else, the medical examiner said Akar had several traumatic injuries to his head and torso, and the ME deemed it a homicide.

While this story is a wild one on its own, it’s just another day in the Florida man news world.

Florida man tried to get drunk with an alligator, one Florida man beat his mechanic with a golf club because he was working too slow, another broke into a police station parking lot to pee on a cop car, and perhaps the craziest of all was a Florida man eating nothing but mac-and-cheese for the last 17 years.