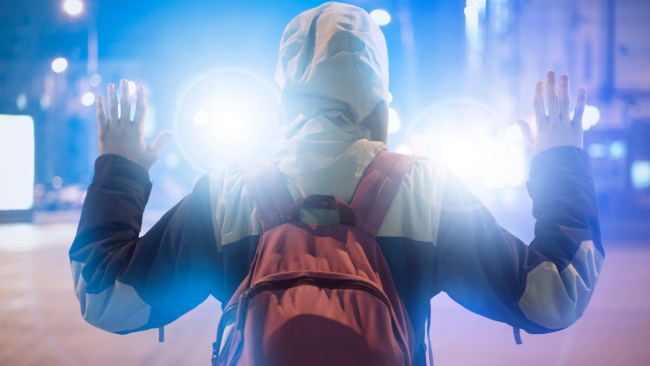 You know the phrase “your own worst enemy”? I have a gut feeling that no one experiences this phenomenon more than our old friend Florida Man.

While Florida Man’s escapades are usually wide-ranging — from taking bath salts and punching a horse to covering himself in vaseline and robbing a liquor store — the one constant is that most of the trouble he gets into is self-inflicted.

Take 30-year-old Florida man William Leal-Vasquez, for example, who was arrested last Thursday for literally entering the belly of the beast to launch an assault on his mortal enemy, the police.

According to Local 10, on Thursday, July 18, Leal-Vasquez was arrested for trespassing after he broke into a gated parking lot at the Fort Pierce Police Department to take a piss on a parked police cruiser.

The arrest affidavit states that despite the various “do not enter” signs, Leal-Vasquez entered the facility regardless and urinated on the passenger side of a cop car.

Following his arrest, Leal-Vasquez told officers with the Fort Pierce police department that he was on his way home from work as the urge to urinate hit him because had “three beers”, so he rode his bike into the police station parking lot to release himself.

Leal-Vasquez was arrested, taken into the police station he was pissing at, booked into jail, and then released the next day on bond.

The police station pisser is just the latest in a string of Florida Man happenings this month, as Florida Man has told a police officer the drugs all over his nose *weren’t* his, swallowed 20 crack rocks before leading police on a 60-mile chase, jumped a river in his Nissan Versa,  followed around a homeless man to make sure no one gave him any money, and drunkenly threw his 5-year-old son into the ocean to teach him to swim.