NASA Reveals What Galaxies And Supermassive Black Holes ‘Sound Like’ 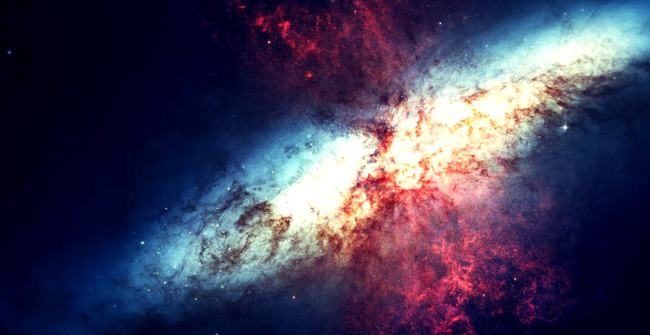 Have you ever wondered what galaxies or a black hole sound like? If you haven’t, you have now. So it’s a good thing the NASA’s Marshall Space Flight Center recently released not just one, but three videos that purport to answer that very question.

The sounds in the videos are created by blending the light data from the Hubble Space Telescope, observations taken by NASA’s Chandra X-Ray Observatory and other spacecraft, according to Space.com.

“This latest installment from our data sonification series features three diverse cosmic scenes,” NASA writes on their website. “In each, astronomical data collected by NASA’s Chandra X-ray Observatory and other telescopes are converted into sounds. Data sonification maps the data from these space-based telescopes into a form that users can hear instead of only see, embodying the data in a new form without changing the original content.”

“This is the deepest image ever taken in X-rays, representing over seven million seconds of Chandra observing time. For that reason, and because the observed field is in the southern hemisphere, astronomers call this region the ‘Chandra Deep Field South’.”

“At first glance, this image may appear to be a view of stars,” NASA states. “Rather, almost all these different colored dots are black holes or galaxies. Most of the former are supermassive black holes that reside at the centers of galaxies. In this data sonification, the colors dictate the tones as the bar moves from the bottom of the image to the top. More specifically, colors toward the red end of the rainbow are heard as low tones while colors towards purple are assigned to higher ones. Light that appears bright white in the image is heard as white noise. The wide range of musical frequencies represents the full range of X-ray frequencies collected by Chandra of this region. In the visual color image, this large frequency range in X-rays had to be compressed to be shown as red, green, and blue for low, medium, and high-energy X-rays. Played as sound, however, the full range of data can be experienced. As the piece scans upward, the stereo position of the sounds can help distinguish the position of the sources from left to right.”

“When a star like the Sun begins to run out of helium to burn, it will blow off huge clouds of gas and dust,” NASA explains. “These outbursts can form spectacular structures such as the one seen in the Cat’s Eye nebula. This image of the Cat’s Eye contains both X-rays from Chandra around the center and visible light data from the Hubble Space Telescope, which show the series of bubbles expelled by the star over time. To listen to these data, there is a radar-like scan that moves clockwise emanating from the center point to produce pitch. Light that is further from the center is heard as higher pitches while brighter light is louder. The X-rays are represented by a harsher sound, while the visible light data sound smoother. The circular rings create a constant hum, interrupted by a few sounds from spokes in the data. The rising and falling pitches that can be heard are due to the radar scan passing across the shells and jets in the nebula.”

Related: Astronomers Have Discovered A Massive Black Hole 55,000 Times Larger Than The Sun

The third video displays the sonification created by the friction of rubbing frequencies in Messier 51, AKA The Whirlpool Galaxy.

“Messier 51 (M51) is perhaps better known by its nickname of the Whirlpool Galaxy because its face-on orientation to Earth reveals its wound-up spiral arms,” NASA writes. “This gives telescopes here a view of another spiral galaxy similar to our Milky Way, whose structure we cannot observe directly from our position within it. As with the Cat’s Eye, the sonification begins at the top and moves radially around the image in a clockwise direction. The radius is mapped to notes of a melodic minor scale. Each wavelength of light in the image obtained from NASA telescopes in space (infrared, optical, ultraviolet, and X-ray) is assigned to a different frequency range. The sequence begins with sounds from all four types of light, but then separately moves through the data from Spitzer, Hubble, GALEX, and Chandra. At wavelengths in which the spiral arms are prominent, the pitches creep upwards as the spiral reaches farther from the core. A constant low hum associated with the bright core can be heard, punctuated by short sounds from compact sources of light within the galaxy.”

Space.com explains the reason NASA created these sound files is because, while the sounds of distant space will never be able to actually reach us on Earth, “transforming data into sound can alert the brain to relationships between different wavelengths on the electromagnetic spectrum by using musical intervals to represent differences or similarities in the data.”