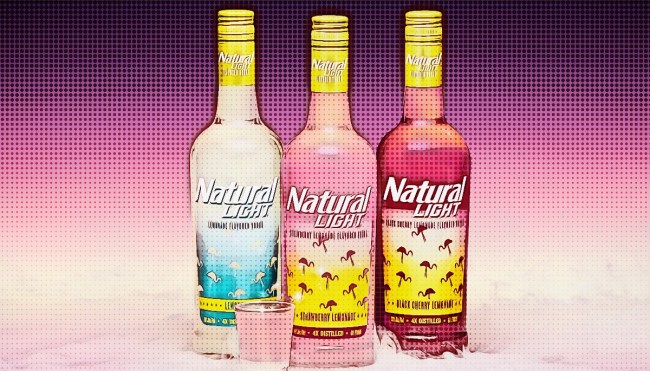 If you were minding your own business on the morning of August 30, 2021 before being suddenly overcome with the unshakable feeling there’d been a great disturbance in the natural order of the world, you probably have Natural Light to thank.

On that fateful day, the brand behind the Official Beer of Making Questionable Decisions At 2 A.M. On A Wednesday dropped a devastating Swanton Bomb off of the top rope when it revealed it was expanding its portfolio with the launch of…Natty Light vodka.

I found myself grappling with a few different emotions after encountering that news, the most notable of which was the morbid curiosity that led to me reaching out to Natty Light in the hopes they might be able to send some my way. They were nice enough to do exactly that, and after spending a few days building up the courage to open up the bottles, I took the plunge in the name of the greater good.

If you’re thinking about doing the same, here are a few thoughts you can take into consideration before you pull the trigger. 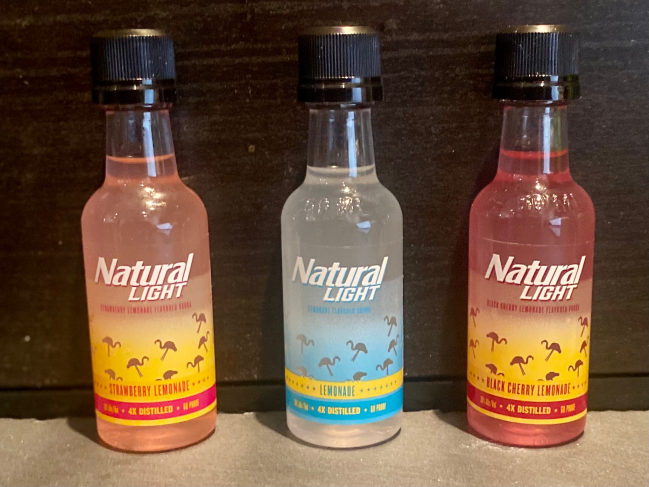 I tend to kick off most liquor reviews by breaking down the ingredients or detailing the process that transforms them into the elixir that ends up in the bottle. However, I’m not going to do that here because A) I don’t think anyone in the market for a 60-proof, lemonade-flavored vodka made by Natty Light really cares and B) The “4X DISTILLED” slapped on the label is really the only insight I can offer into how it’s made.

If we’re being honest with each other, that’s probably for the best, as (and this is the last time I’m going to say this) we’re talking about Natty Light vodka; there are some things in life you’re probably better off not knowing.

When I was in college, I had One Of Those Nights that led to me pledging to never drink flavored vodka that comes in a plastic bottle marketed under a vaguely Russian name. The nips of Natty Light vodka I got my hands on only checked two of those boxes (it’s worth noting the brand uses glass to class up the 750 ml bottles of the drink), but I was still fairly hesitant to twist them open.

However, I had a job to do.

As an unabashed fan of Naturdays, I decided to ease into things by kicking off the tasting with the Strawberry Lemonade variety I was already somewhat acquainted with. I braced myself to be overpowered by the unmistakable smell of cheap vodka, but it was mercifully absent when I took a sniff.

I’ll also admit I was pleasantly surprised after throwing back a shot glass filled with the kind of modest serving I would’ve mocked myself for pouring back when the brand’s beer was responsible for a sizeable chunk of my net calorie intake. The vodka had a pretty pleasant strawberry flavor (the lemonade was a bit of an afterthought) and avoided the kind of cloying sweetness present in a lot of other vodkas you just know are going to give you a hangover as soon as they hit your tongue. However, you should be warned that Natty Light vodka is a little sneaky; it goes down a bit too easily and gives you just enough time to think, “Wow, that’s really smooth” before a mild burn slowly but surely starts to creep up your throat.

With my initial fears mostly assuaged, I got a bit bolder with the pour of the standalone Lemonade variety. The flavor undoubtedly falls toward the “powdered mix sold in a jug” end of the spectrum as opposed to the “freshly-squeezed” one, but that’s not necessarily a knock on it; sometimes that’s exactly what you want.

I saved the Black Cherry for last, and it also came in last place in my rankings (Lemonade takes the silver and Strawberry Lemonade easily secures the gold). Full disclosure: I’m not a big fan of cherry-flavored drinks, and while I’ve certainly had much worse, Black Cherry and I just didn’t really vibe due to the artificial notes that were hard to overlook.

When you consider Natty Light vodka has a suggested retail price of $15 a bottle, you could certainly do much worse when it comes to similar options at that price point (despite its comparatively low 30% ABV). That’s especially true if you’re part of the brand’s target demographic: drinkers who are looking for something that won’t make them gag when they take a shot of it while getting where they’re looking to go.

As an Officially Washed Old Dude, I don’t really fit that bill, but if you do, Natty Light vodka might be worth a try.