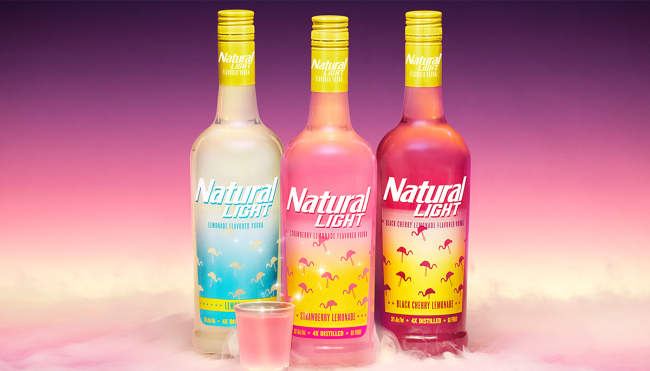 Like many people, I was in a very serious long-term relationship with the beer officially known as “Natural Light” until we started to drift apart after I graduated from college.

After a lengthy break, I had a brief fling with Natty Light during a bachelor party couple of years ago after I reconnected with a reinvented version of my old flame during the late-night booze run that included the purchase of some Naturdays, the strawberry lemonade concoction that dropped in 2019.

I can’t say I had particularly high hopes prior to popping open my first Naturdays can—hell, describing my expectations as “nonexistent” would be an understatement—so it’s safe to say I was pretty shocked after taking my first sip of the absolutely delightful beverage I found myself drinking more than anything else for the remainder of the weekend.

Earlier this year, fans of the spiritual shandy were provided with a new way to consume it thanks to Naturdays ice pops, and now, the brand is giving the drink one hell of an upgrade in the form of three words I never imagined I’d actually be excited to try: Natty Light vodka.

we made a vodka it’s called natty vodka pic.twitter.com/QTZrjlxm2G

The new creation can currently be found in a dozen states and features three different flavors: lemonade, strawberry lemonade, and black cherry lemonade, all of which boast a 30% ABV (if you don’t want to commit to a full 750 ml bottle, you can also snag some nips to see what it’s all about).

Is the world ready for Natty Light vodka? I don’t know, but I guess we’re about to find out.